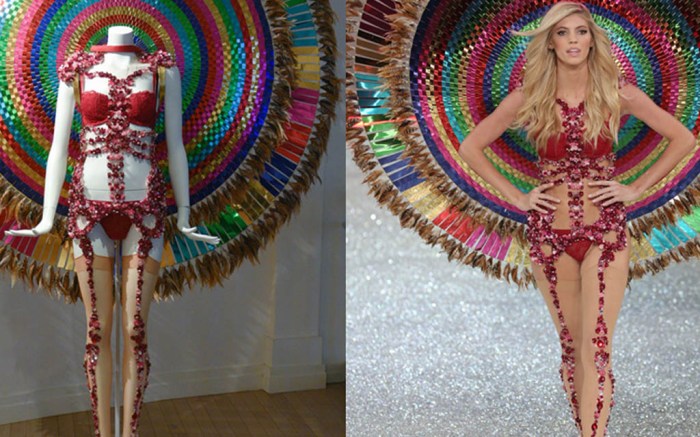 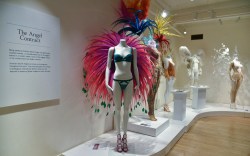 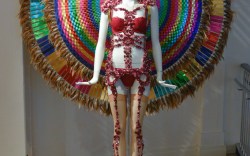 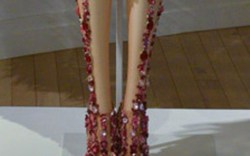 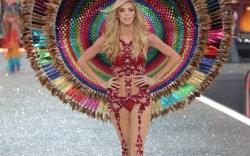 Some of the head-to-toe styles presented last year at the Victoria’s Secret Fashion Show in Paris’ Grand Palais now have an afterlife.

They’re part of a special exhibition at the Victoria’s Secret Museum, located at the Fifth Avenue store in New York City, celebrating the history of the lingerie brand’s big event.

The star-studded 2016 lingerie presentation was quite the event. Bella Hadid made her debut as an Angel on the runway, appearing with 51 other models, including her sister, Gigi Hadid, Kendall Jenner, Alessandra Ambrosio, Adriana Lima, Sara Sampaio, Romee Strijd, Stella Maxwell, Elsa Hosk and Taylor Hill, who all strutted down the 115-foot catwalk.

Jasmine Tookes donned the Fantasy Bra, set with $3 million worth of diamonds and emeralds.

Sexy lingerie merits sexy shoes, so the label tapped Brian Atwood to produce the footwear, after he took on the task the previous year. “We knew these shoes had to be showstoppers and really capture the grandeur that is Paris,” Atwood previously told FN, ahead of the show.

For 2017, the Victoria’s Secret Fashion Show will take place in Shanghai, China. In March, the Angels toured the country.

Click through the gallery to see more of the wardrobe from the exhibition.

The Best Instagrams From the Victoria’s Secret Fashion Show