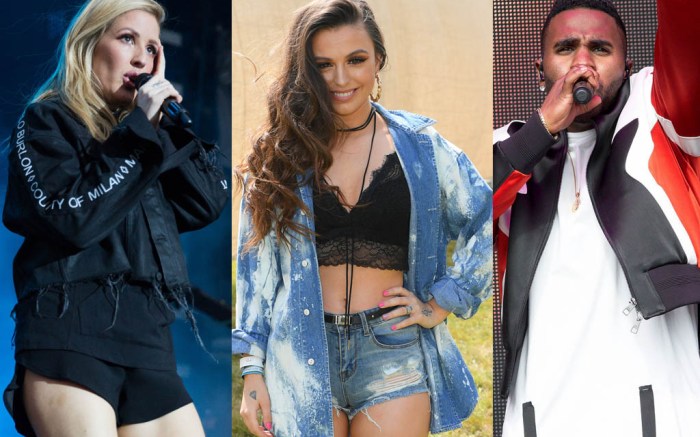 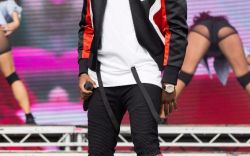 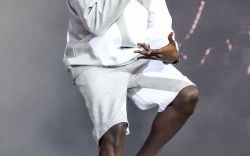 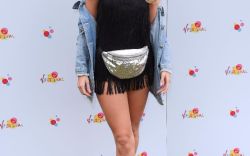 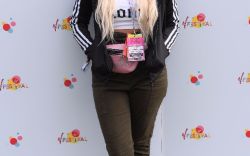 Yesterday at V Festival, Rihanna and Jay Z were rushed offstage during a security breach. According to The Sun, “over 20 emergency support officers stormed the exclusive backstage bar area, throwing aside tables and tackling men to the floor who had rushed into the zone.” Drama aside, there were plenty of other celebs at the British festival at Weston Park, Staffordshire, who made waves with their performances and their footwear.

Ellie Goulding, 30, took the stage on Sunday — belting out new and old hits — in an all-black ensemble, complete with platform Dr. Martens boots. The Jadon 8-Eye boot is equipped with a PVC platform designed for added height, making the “Burn” singer stand out. The classic leather lace-up style seems to be a favorite of hers; last year Dr. Martens tweeted a photo of the pop star wearing the same boots.

Meanwhile, hit-maker Jason Derulo sported fire-engine-red high-top sneakers for his racy set on Sunday, which received some backlash for being “inappropriate.”

To check out more celebs at V Festival, click through the gallery.