T.I. Paid Tribute to Tupac in a Leather Corset and Boots at 2017 Rock and Roll Hall of Fame Ceremony 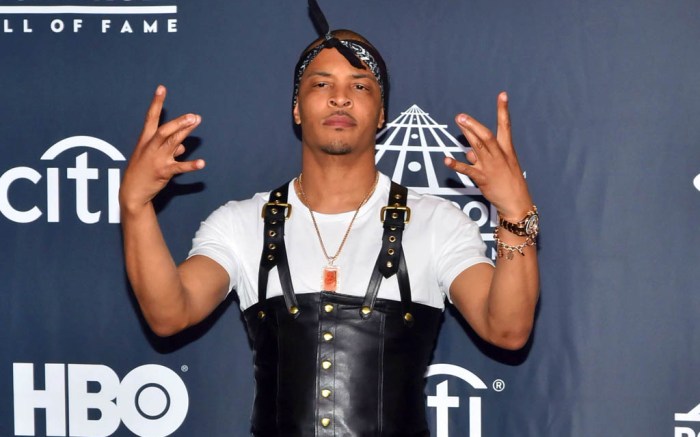 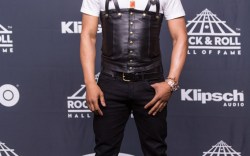 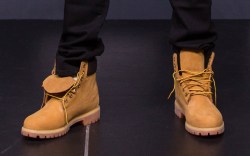 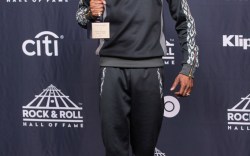 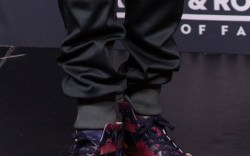 The rapper paid tribute to Tupac Shakur on Friday in New York City, channeling the late musician’s signature vest in a slick way. He had on a 2pac-like black leather corset over a white T-shirt, teamed with black jeans and Timberland-style boots.

Meanwhile, other artists showed off their striking head-to-toe style, including Snoop Dogg, who had on a stylish black tracksuit set that included a splash of tribal pattern detail around the sleeves and pant pocket lining.

He completed the look with Gucci’s Asian-inspired jacquard sneakers featuring Donald Duck. The tongues include a metallic feline ornament, and the rubber sole is designed in a striking saturated yellow. The label’s spring 2017 kicks retail for $695.

Snoop inducted his late friend Tupac into the Rock and Roll Hall of Fame and collected the trophy in his honor.

The Grammy winner’s shoes have a white boost sole and EVA inserts like other NDM silhouettes.

Previously, he has worn the kicks in other colorways, also with the words “Human” and “Race” emblazoned across each sneaker.

Veteran musician Nile Rodgers also stepped out in style, completing a matching navy jacket and matching trousers that incorporated white piping with a pair of Louis Vuitton slippers that had a white elephant at the tips.

Alicia Keys lit up the stage with her performance wearing a pair of lace-up platform booties teamed with a mesh top and black skinny jeans.

Click through the gallery to view more photos from the 2017 Rock and Roll Hall of Fame induction ceremony.