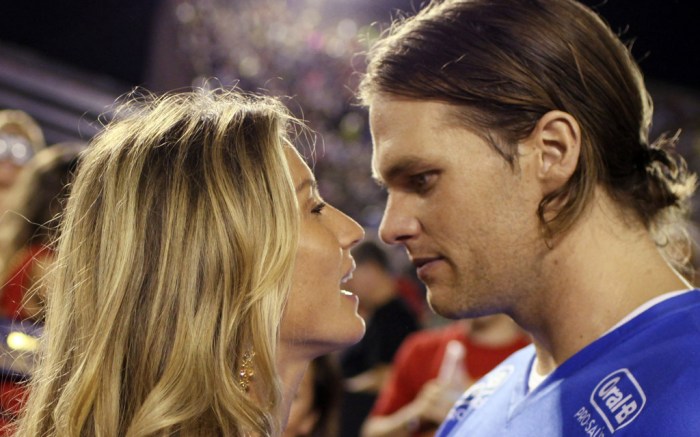 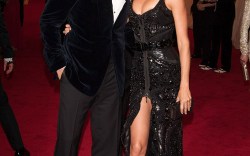 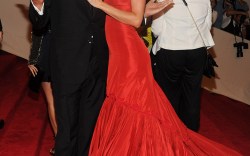 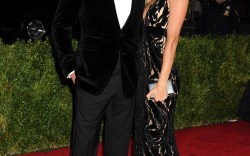 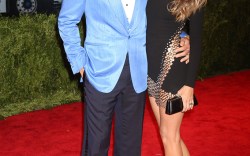 Quarterback Tom Brady is headed to the Super Bowl for the seventh time, and sure to be in Houston’s NRG Stadium rooting for him Sunday will be his wife, Gisele Bündchen. Brady and his New England Patriots will face off against the Atlanta Falcons in Super Bowl LI, which airs on Fox.

The model continuously shows support for her NFL star husband. Bündchen took to social media after the Patriots won the AFC Championship on Jan. 22, captioning the post “Congratulations my love!” The couple was pictured wearing matching Conference Champions hats.

Speaking of accessories, she gave Brady a protection necklace to wear during Super Bowl LI.

“I’ve been very blessed to find her,” Brady said during a press conference earlier this week. “Wonderful woman, wonderful partner. She does everything. She gave me this [necklace] for protection, and she’d be really happy that I’m wearing it because she doesn’t like anyone hitting me.”

Brady and Bündchen have been married since 2009 and have two children together.

Though they give fans glimpses into their family life on social media, it’s rare to see them on the red carpet. The biggest exception is the Met Gala in New York.

The duo have attended many Met Galas through the years — most memorably in 2008, which marked their first as a couple.

The following year, Brady and Bündchen walked the gala’s red carpet as a married couple. The supermodel was also two months pregnant at the time with their first child.

In 2013, Bündchen made a major shoe statement at the event, wearing Anthony Vaccarello from head to toe, while Brady rocked a sky-blue suit jacket.

Click through the gallery to see more red-carpet moments of the couple below.

Tom Brady Refuses to Talk Politics Ahead of Super Bowl