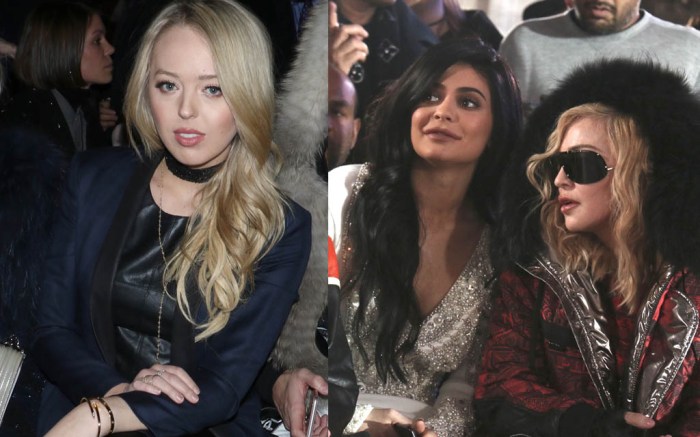 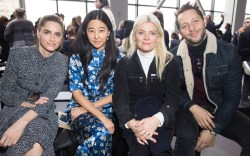 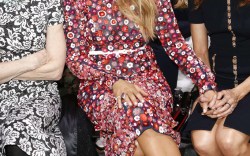 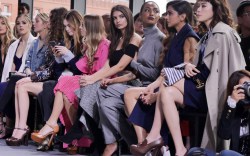 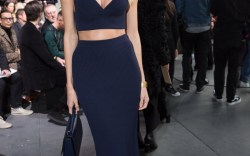 Buzzy moments were abound as designers paraded their fall 2017 wares down the runway at New York Fashion Week, which concluded today.

Along with the beautiful and edgy footwear presented came a horde of celebrities who lined the front rows to observe what could be their next red carpet look.

Magical moments sometimes happen when seats are arranged around stars who might not otherwise share close encounters. Such was the case with Madonna and Kylie Jenner on Monday at Philipp Plein’s show.

The 19-year-old beauty mogul and the hitmaker shared laughs alongside Kylie’s boyfriend Tyga, who had a mouth accessory in common with Madge: sparkling diamond grills.

But the star power of the queen of pop and the queen of lip-kits was eclipsed by an unlikely guest — Tiffany Trump, President Donald Trump’s second daughter.

The 23-year-old was reportedly shunned by fashion editors who refused to take their front row seats by her side, which created an embarrassing scene when she was surrounded by empty seats amid a packed house.

Speaking to TMZ on Friday, Plein compared the humiliating actions to bullying.

“I mean can you blame someone, like a family member, can you blame a daughter for having… a father who has the wrong political direction,” he said. “I’m not a politician… I just don’t think it’s right to judge or treat someone not with respect because she or he is the daughter or son of somebody people don’t like. I think that’s so bad.”

Plein added that he did not invite the blonde, but after she reached out and requested to attend his show, he was happy to indulge the daughter from Donald’s second marriage to Marla Maples. His eldest daughter Ivanka Trump is from his first marriage to Ivana Trump.

According to reports, when Tiffany arrived to take her sit, it caused controversy. “Seating s**tshow at Philipp Plein because no editors want to sit near Tiffany Trump,” Alyssa Vingan Klein, the editor-in-chief of Fashionista.com, tweeted. “SHOCKER.”

An image tweeted by a Wall Street Journal writer shows the socialite wearing pink Valentino Rockstud pumps (which retail for $995 but are available for $519 on eBay.com) alongside a male companion to her right, and empty seats to her left.

Meanwhile, things went smoothly at Calvin Klein’s show on Friday, which attracted Julianne Moore and Gwyneth Paltrow, who posed next to each other, as well as other boldface name pairs such as Lauren Hutton and Brooke Shields, and A$AP Rocky and Millie Bobby Brown.

Click through the gallery to see more celebrities at New York Fashion Week.