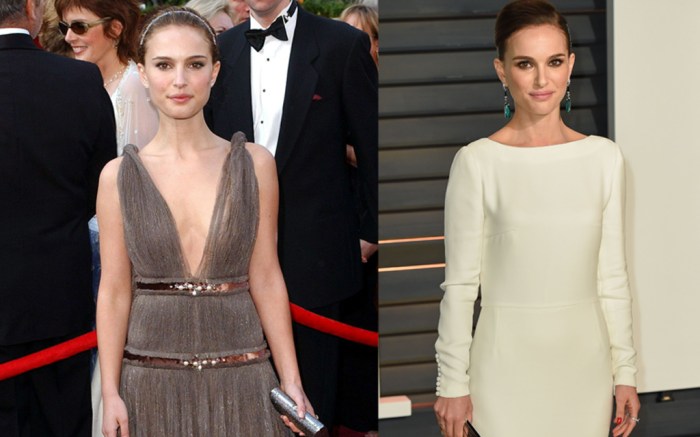 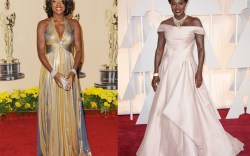 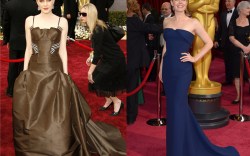 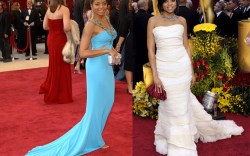 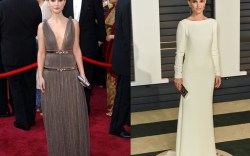 In advance of the 2017 Academy Awards, FN is taking a look back at the first time some of this year’s nominees attended the awards.

In 1979, she posed with “Kramer” co-star Dustin Hoffman after winning her award wearing a white dress and coordinating jacket. At her most recent Oscars, in 2015, Streep wore a custom look by Lanvin.

Natalie Portman first attended the Oscars in 2005 wearing Lanvin, nominated for her role in “Closer.” This year, she is nominated for Actress in a Leading Role for her turn as Jackie Kennedy in “Jackie.”

In 1997, Nicole Kidman attended the Oscars with then-husband Tom Cruise. She wore a custom Dior gown created by John Galliano. At her last Oscars appearance, in 2015, Kidman wore Louis Vuitton.

Red-carpet star Michelle Williams turned heads in a canary yellow Vera Wang gown at her first Oscars in 2006. She still loves color, wearing a bright red Louis Vuitton gown at her most recent appearance, which was in 2012.

Viola Davis, nominated for Actress in a Supporting Role for “Fences,” first attended the Oscars in 2009 wearing Reem Acra. In 2015, she wore a blush pink gown by Zac Posen.

The 2017 Academy Awards, hosted by Jimmy Kimmel, will air Sunday on ABC.

Click through the gallery to see more stars at the Oscars then and now including Amy Adams, Emma Stone and Octavia Spencer.