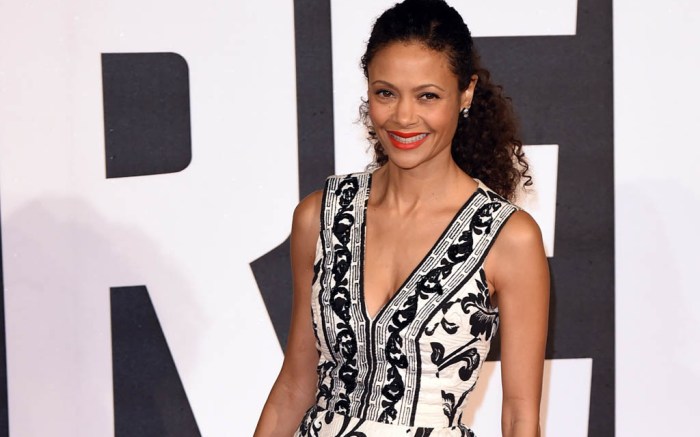 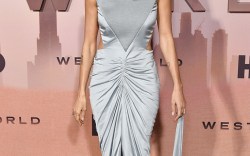 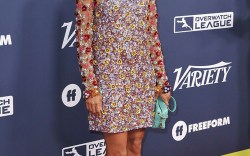 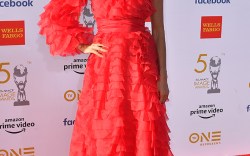 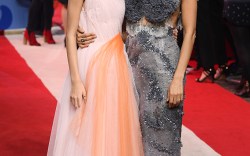 Thandie Newton has managed to reach soaring heights in comfort for at least six years in one of her favorite shoe styles by Charlotte Olympia.

The acclaimed actress’ many appearances on the red carpet has provided plenty of opportunities to discover looks that work well, and it’s the label’s “Carmen” wedges that rank among her go-to styles. The shoes retail for $745 but are currently on sale for $179 at Modaoperandi.com.

Featuring black suede and gold piping, the shoes are designed with a 1.4-inch platform and a nearly 6-inch heel height, and an almond-toe profile. She wore them last year at the London “Creed” premiere, and in 2013 when she met Queen Elizabeth II. One of the earliest images of Newton with the heels was snapped in 2010 at the Louis Vuitton Bond Street Maison launch in London.

Still, the HBO “Westworld” star will likely wear something new today at the 74th Golden Globe Awards, where she’s vying for a best supporting actress statue. The program, hosted by Jimmy Fallon, airs live at 8 p.m. ET on NBC.

On Saturday, she stepped out in Los Angeles wearing red Gianvito Rossi Portofino sandals at a BAFTA luncheon and posed alongside her costar Angela Sarafyan. In the science fiction-Western drama, Newton portrays android brothel madam Maeve Millay, with Sarafyan co-starring as her protege Clementine Pennyfeather. The actresses wear American Old West-inspired boots while charming human customers in the Mariposa Saloon.