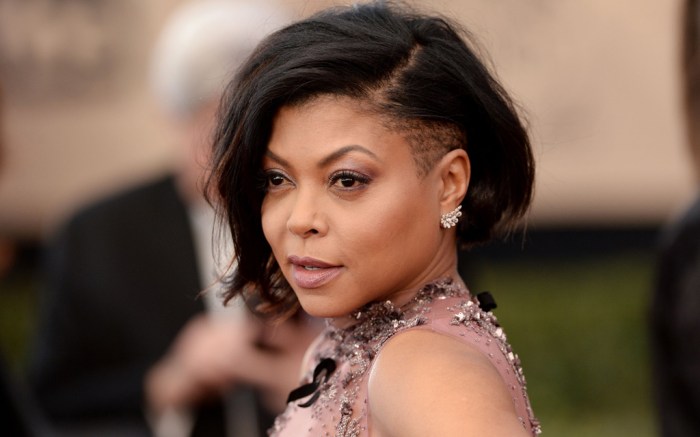 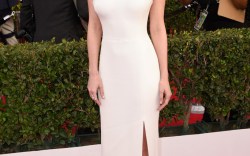 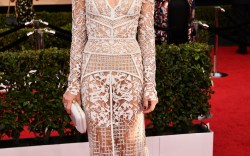 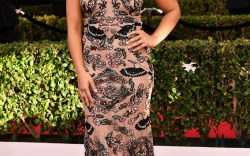 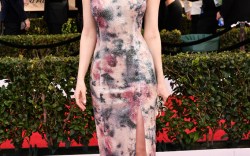 Jimmy Choo was the brand of choice for many celebrities at the Screen Actors Guild Awards on Sunday.

The label’s heels were popular among red-carpet regulars Amy Adams, Emma Stone, Gina Rodriguez and others. While the shoes were sometimes concealed by gowns, we did get a good look at a few pairs.

Adams, Rodriguez, Brie Larson and Julie Bowen all wore the Pearl style, a satin platform heel with an ankle strap.

The Minny was also a top choice, likely thanks to its simple strappy look that doesn’t take away from a bold gown. Stone wore a pair with her Alexander McQueen dress, and Taraji P. Henson wore them with her Reem Acra gown.

Michelle Dockery and Vanessa Kirby opted for the Kaylee sandals.

Stars including Kerry Washington, Lily Collins and Miranda Kerr wore Jimmy Choo shoes in the events leading up to the SAG awards. The label had more than 30 celebrity placements during the awards and surrounding events.

Click through the gallery to see more celebrities wearing Jimmy Choo shoes at the SAG Awards.

Taraji P. Henson Wishes She Could Have Worn These Shoes to the SAG Awards