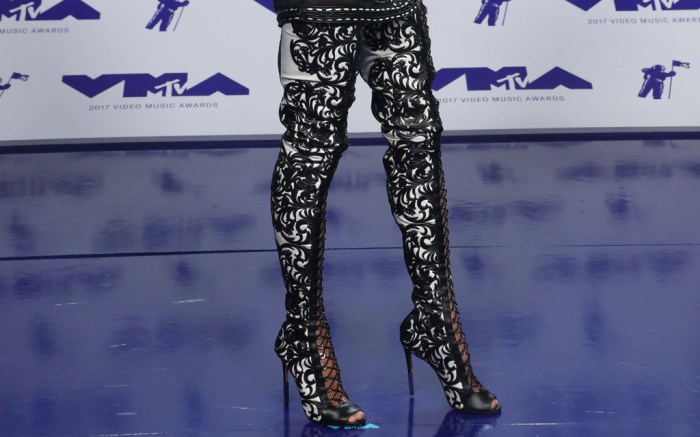 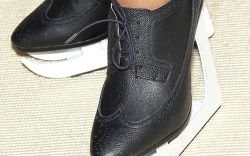 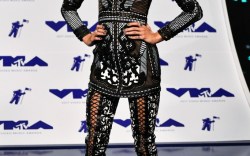 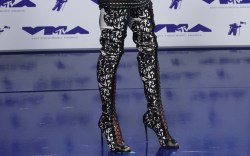 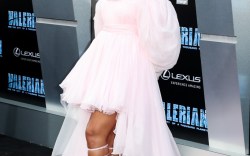 While classic pumps and ankle-strap sandals dominate on the red carpet, some celebrities opted for more daring footwear this year — and oftentimes, their risks paid off.

When it comes to red carpet style, Rihanna is a perennial risk-taker. At the Met Gala in May, the Fenty designer sported daring thigh-high sandals that she paired with a couture look. And the singer sported a similar pair of shoes for a later appearance, stepping out in custom bubblegum-pink Manolo Blahnik sandals and a voluminous color-coordinated gown at a premiere for “Valerian and the City of a Thousand Planets.”

Solange Knowles, also never one to play it safe, opted for an equally daring Met Gala look. The songstress sported a Thom Browne style, wearing crazy shoes that almost resembled ice skates as she sauntered down the red carpet.

Alessandra Ambrosio also took a big risk this year sporting legging boots on the red carpet at the MTV VMAs in August.

And more recently, at December’s British Fashion Awards, Selena Gomez made a bold statement in white lace-up boots with detailed stitching. The ensemble served as a departure from the singer’s usual looks — and opting for a boot on the red carpet puts an unexpected twist on any look.

Flats are unexpected on the red carpet, too. When Gigi Hadid appeared at the CFDA Fashion Awards in flat Stuart Weitzman mules, the style marked a departure from her usual red carpet style (Hadid typically sports strappy sandals or pointy-toe pumps).