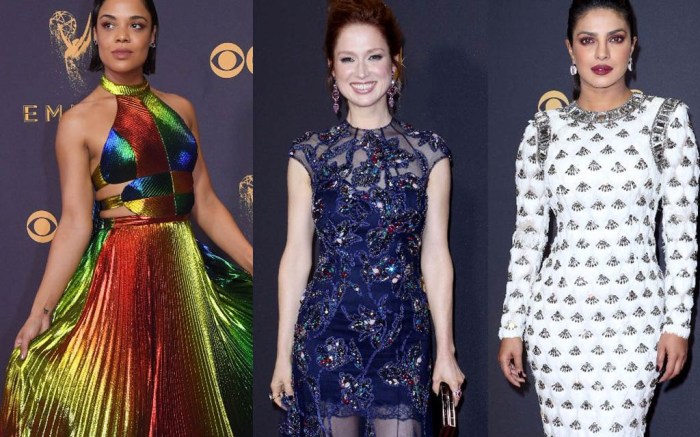 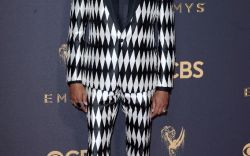 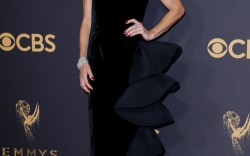 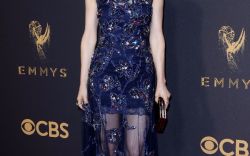 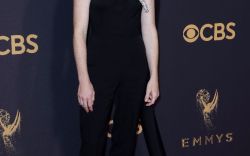 At the 2017 Emmy Awards on Sunday night, some celebs made risky fashion choices, opting for bold styles that required lots of confidence to be pulled off properly. These brave stars flaunted their daring looks on the red carpet with both grace and dignity.

“Quantico” actress Priyanka Chopra wore a Balmain gown with lots going on. The white dress featured a repetitive pattern made of shimmering embellishments, and a long, feathery train made the look ultra-unique.

Tessa Thompson of “Westworld” wore a shiny, metallic gown with almost the entire color spectrum featured. Its pleats and cut-outs wouldn’t work on just anyone, but Thomspon pulled the look off.

Fashionista and television personality RuPaul shocked no one by going for a daring style. The black-and-white diamond-check pattern on his suit is the type of look that one would think is reserved for kitchen tiles, but the star made it work on evening wear.

Click through the gallery to see more daring styles on the 2017 Emmys red carpet.

These Are the Best Dressed Celebs at the Emmys