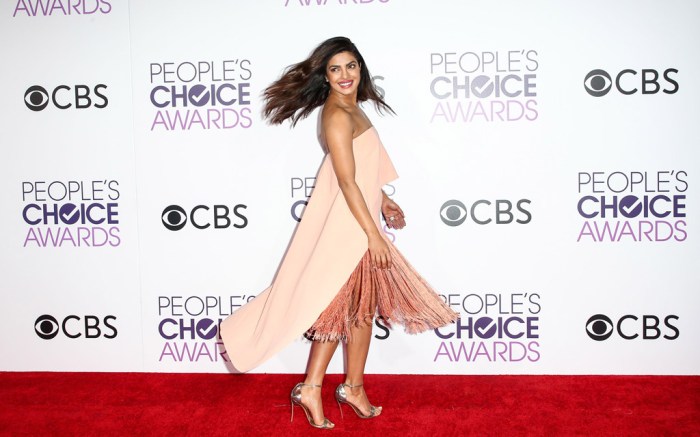 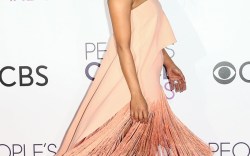 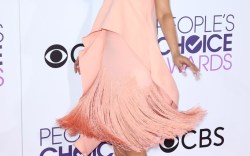 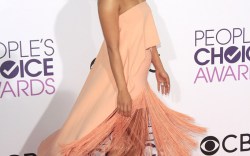 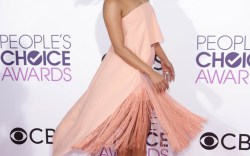 Priyanka Chopra took a spin in her heels when she hit the red carpet today in Los Angeles at the 2017 People’s Choice Awards.

The “Quantico” actress demonstrated the movement of the fringe material on her pink Sally LaPointe dress teamed with Nirav Modi rings and earrings, while in a pair of metallic Casadei sandals. And she had even more reasons to celebrate after winning Favorite Dramatic TV Actress for the second consecutive year.

“Thank you to the people — this has been an incredible journey every single woman [nominated],” Chopra said onstage. “Thank you to all of you who have accepted me and loved my show.”

The ABC drama will return Monday for its second season.

If she’s looking for a personal three-peat at the 2018 award show, then silver might be her new favorite color for shoes. Last year, the TV star won the same award in metallic Jimmy Choo Anouk heels and a Vera Wang dress.

Here are four things you should know about Chopra:

1. She shares the same style cues as her BFF Meghan Markle, Prince Harry’s girlfriend. The actresses generally stick to pointed-toe or sandal profiles.

2. She’s a shoeholic and beams during fittings.

3. Her stylist is Cristina Ehrlich, who has clients in Laura Dern and Brie Lawson, among other A-list stars.

4. Chopra is starring in the forthcoming “Baywatch” spoof opposite Dwayne “The Rock” Johnson and Zac Efron. She was gifted with “Baywatch”-stamped keepsakes, including a pair of red flip-flops.

Everything u need on a beach.. And day 1 on set! Amazing! Everyone is so great! Yay team #Baywatch

Click below to see Priyanka Chopra spinning on the red carpet.