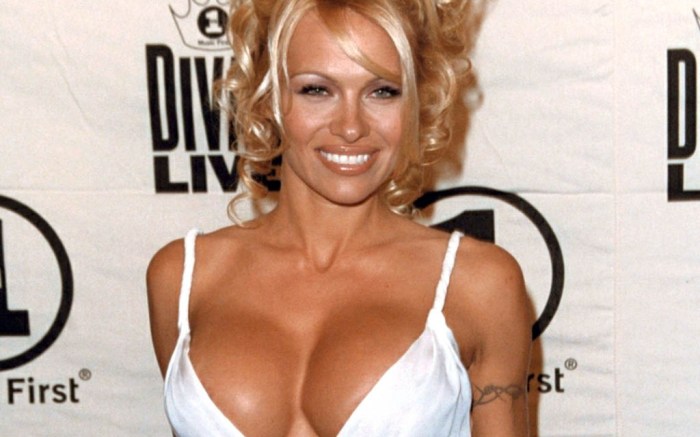 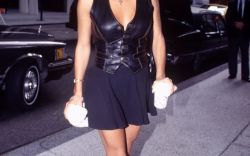 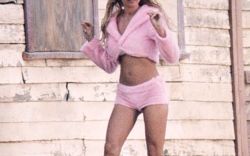 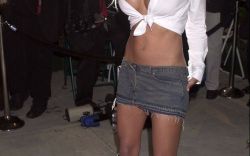 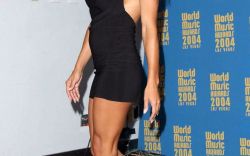 Fashion icon and sex symbol Pamela Anderson grabbed lots of attention today with the belted minidress she wore with thigh-high boots in the front row of this morning’s Balmain show at Paris Fashion Week.

Though she is mourning the loss of her mentor and friend Hugh Hefner, it’s not much of a surprise to see the former Playboy model looking so chic, as her 28-year career has been founded on her style choices. But what is a surprise is the fact that her son may have in fact picked out her Fashion Week outfit.

Brandon Thomas Lee, 21, followed his mother into the spotlight and took up a career in acting and modeling. Being surrounded by fashion, Lee learned a trick or two and has been using his styling knowledge to help out his mom.

“Sometimes she’ll have a stylist come over to the house, and right after they leave, I’m like, ‘You’re not wearing any of that!’” Lee told the New York Post, adding: “I don’t care about the revealing stuff.”

Lee explained that although Anderson won’t admit she lets her son style her, she does heed his advice.

Though she now turns to her son for outfit advice, Anderson has always had a great sense of style, turning heads with impeccable outfit and shoe pairings even before Lee was born.

In 1995, the “Baywatch” actress sported an all-white look with a fuzzy coat, miniskirt and boots with knee-high socks.

A longtime animal rights advocate and star of PETA campaigns, Anderson believes in vegan principles, eschewing many products made from animals. Some of her favorite fashion industry heavy hitters include vegan-friendly designer Stella McCartney, and Vivienne Westwood, who worked with her on environmental rights issues.

Click through the gallery to see her before and after “Baywatch” fame.