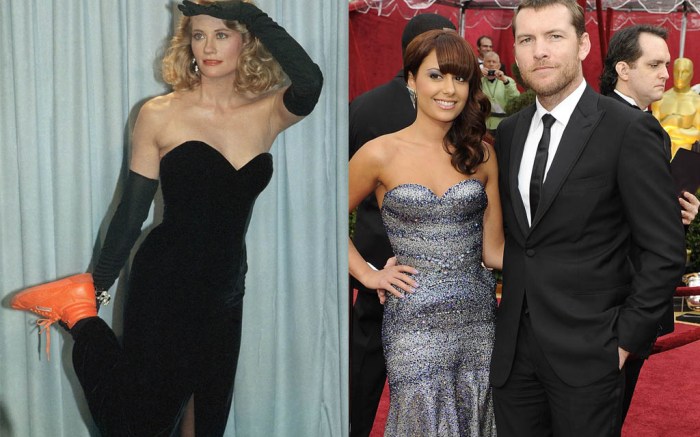 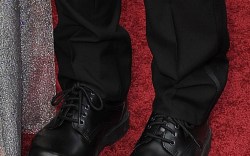 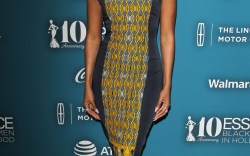 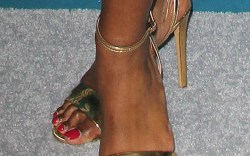 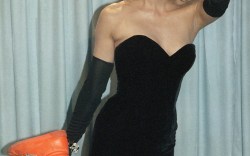 Comfort and cost factored into the equation for “Avatar” actor Sam Worthington, who in 2010 attended the Oscars in a Brioni tuxedo teamed with a pair of “20-buck Payless shoes,” he told The Associated Press at the time, adding that the shoes his stylist originally intended for him to wear weren’t a good fit.

“All the tinsel of Tinseltown doesn’t really bother me,” he explained. “In regards to my shoes, the ones they gave me made me look like a hob goblin. If J.Lo stood in them, she would’ve fallen off the stage and ripped her dress. It would’ve been ridiculous.”

In 1985, Cybill Shepherd did something unprecedented for an A-list star on a red carpet. Cutting an elegant figure in a strapless black gown and opera gloves, she arrived at the Emmy Awards in iconoclast style — rocking bright orange Reebok sneakers.

A new standard for classy showbiz events was set and ushered in celebs who deigned to follow in her footsteps years later.

“I’ve been told high heels are sexy,” Shepherd explained to People magazine at the time, “but I don’t need them to look sexy. The only way I’d be comfortable in high heels is to wear them in bed. And I didn’t want to think about my feet for four hours.”

Inside the event, she continued to highlight her bold style statement and struck poses that put the footwear in full view of guests.

“My mother always said you have to suffer to be beautiful,” she said. “Well, there’s a certain point in a woman’s life when she must choose between her feet and shoes.”

That she was such a fan of the style, Shepherd owned a total of five pairs of the kicks, in yellow, black, white and red.

Natalie Portman prefers supporting brands that are vegan-friendly and has worn low-cost shoes by Aldo and Steve Madden that meet her animal-free standards.

“My dress is Sarayaa — it’s handmade by a beautiful Senegalese designer,” she said. “The shoes, have you heard of this fancy place called Topshop? You have to mix the designer with the accessible.”