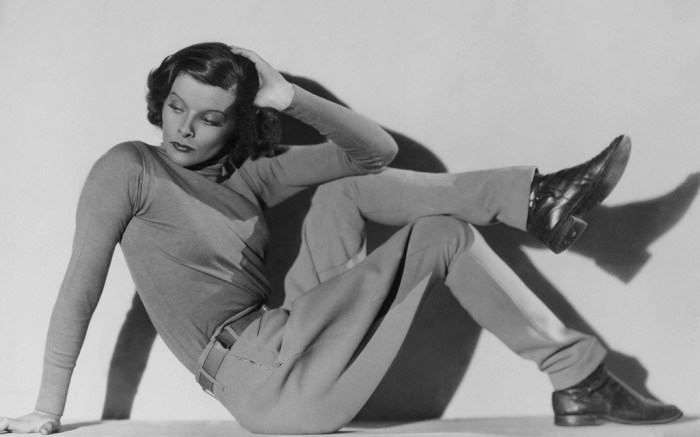 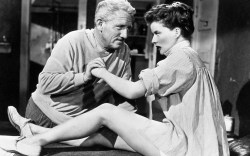 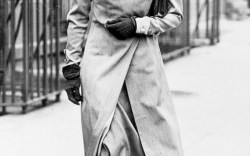 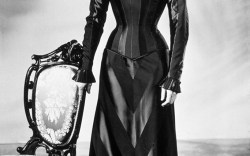 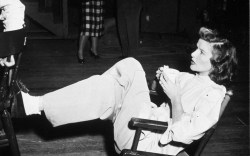 The Oscars are just weeks away, and now is a good time to reflect on winning actresses of the past — not just for their performances, but for their personal style.

Among the standouts continues to be three-time winner Katharine Hepburn, who won in 1933 for Morning Glory, in 1967 for Guess Who’s Coming to Dinner and in 1981 for On Golden Pond.

Decades before Annie Hall put on a fedora and a menswear-inspired blazer and before the word androgynous was a part of the fashion vocabulary, Hepburn was sending fashion shock waves through Hollywood and beyond with her tailored approach to style, opting for a pair of practical wide-leg trousers over a skirt, a look that’s once again being embraced by designers.

The prolific actress was acknowledged for her sense of style with the 1985 Lifetime Achievement Award from the Council of Fashion Designers of America.

To finish off her tailored look, Hepburn could be spotted in a pair of penny mocs, monk straps or oxfords. Like her apparel, they were comfortable and practical.

While Hepburn was known for bending the gender rules off and screen, she often showed off a more feminine persona in her film roles. In fact, according to Smithsonian.com, she was a stickler for detail when it came to her screen wardrobes, often providing costumers with her own ideas about her character’s style. Here, her footwear also included more ladylike silhouettes that included mules, pumps and slings.

But Hepburn will be most remembered for taking a stand when it came to the way women were perceived in fashion terms, often embracing the look of the men around her — head to toe.

From the Archives: Hollywood &amp; Music Legends’ Weddings From the 1950s and ’60s