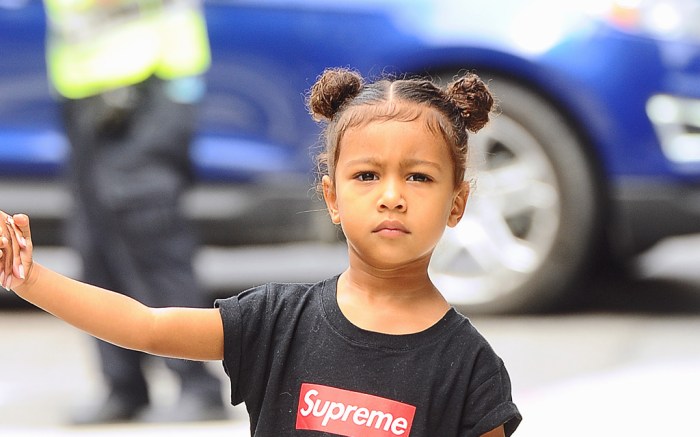 The tot has been in the spotlight since just about the day she was born, thanks to her world-famous family. Over the past few years, we’ve gotten to see North’s adorable wardrobe grow.

Her enviable closet, showed off in photos posted on social media by Kardashian West, consists of multiple pairs of Vans, Converse and Dr. Martens. She wears those three brands in heavy rotation, including the Vans Old Skool style and Converse’s Chuck Taylor All-Star high-tops. For those times when she’s come to New York Fashion Week with Kardashian West, she often wears sturdy Dr. Martens boots.

North may have also been the inspiration for Kim and Kanye’s Kids Supply line, which dropped its first collection on May 5, and North was the first to model some of the items: a chartreuse sequin dress and matching shearling jacket.

How could we forget when North tried on Kardashian West’s epic thigh-high Balenciaga boots? North is much too small to stand in them, so she happily laid on the floor to try on her mom’s designer duds. As North gets older, there’s no doubt she’ll want to start wearing some of Kardashian West’s clothes and shoes for real.

Click through the gallery to see more of North West’s shoe styles.