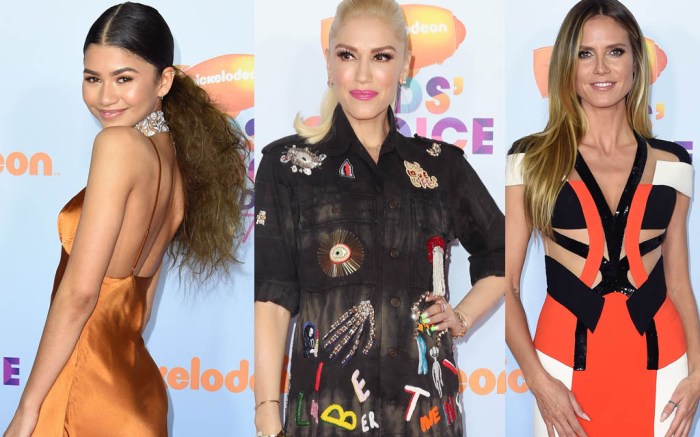 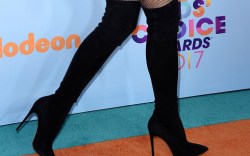 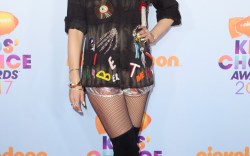 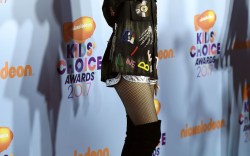 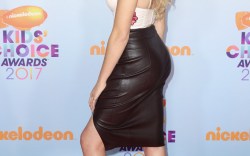 Gwen Stefani and Zendaya led the parade of celebrities on the red carpet today at the 2017 Nickelodeon Kids’ Choice Awards in Los Angeles.

The singers showed off their sleek styles alongside other famous faces ahead of the show’s broadcast, which airs on the cable network at 8 p.m. ET.

Stefani stepped out in Casadei’s black over-the-knee boots ($1,384 on Farfetch.com) teamed with metallic short shorts and an embroidered black blouse. Zendaya looked elegant in an orange dress from her Daya by Zendaya line with dark green LeSilla boots, and Heidi Klum sizzled in bombshell style in a Versace cut-out dress with black sandals.

Singers Chloe and Halle Bailey were sleek in on-trend dresses that popped with color. Chloe had on a tiered green dress teamed with comfy gold platform sandals with block heels, and Halle had on a white graphic dress that had a floor-length train.

Speaking to Footwear News last year at the NAACP Image Awards luncheon, the entertainers shared what it’s like having Beyoncé as their manager. “Beyoncé is our mentor and has always been an inspiration to us,” Halle said of Beyoncé’s Parkwood Entertainment management group. “They allow us to step out on our own and have the creative freedom we want, and yes, she has input, but she lets us do what we love to do.”

Of course, the sister duo also picked up some style tips from their mentor. “She has always inspired us to remain comfortable, wear what you want and be free,” Chloe added.

Meanwhile,”Dance Moms” star Chloe Lukasiak showed off her moves in a billowing two-piece dress and twirled in a strappy nude sandal.

Click through the gallery to see more celebrity style on the red carpet at the 2017 Nickelodeon Kids’ Choice Awards.