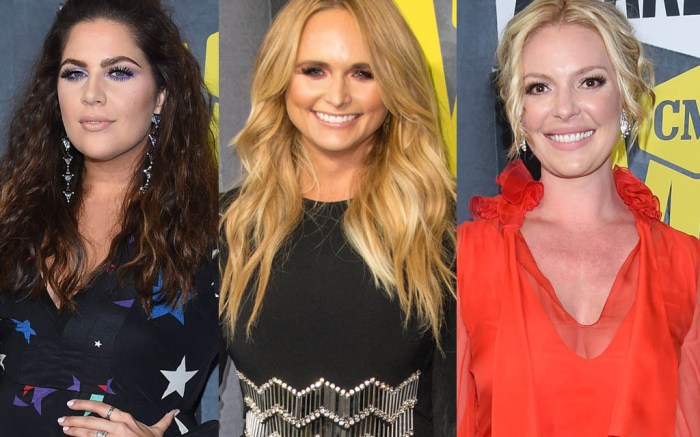 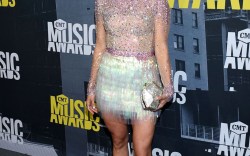 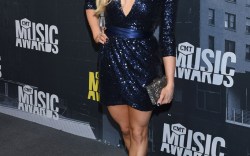 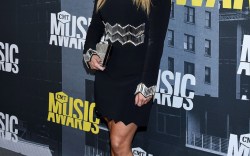 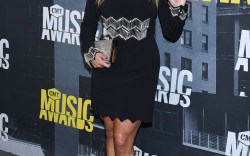 Miranda Lambert had a theme and embraced it from head to toe — all with sparkling crystal detail.

The country singer arrived on Wednesday in Nashville, Tenn., at the 2017 CMT Music Awards in a black cocktail dress that featured crystal beads around the cuffs and waistline, and the treatment continued down to her strappy black sandals.

Lambert’s skirt incorporated a jagged hemline that inspired the arrangements of the crystals on the dress. Her sandals featured a caged profile that showcased a hint of her hot pink pedi and an ankle strap with metallic hardware and dangling crystal beads.

The “Vice” hitmaker was joined by her boyfriend, Anderson East, who rocked a copper suit with dress shoes.

Some of the other sandals that hit the red carpet included a striking appearance by Katherine Heigl in a bold red sheer dress with nude sandals. The actress joined her husband, musician Josh Kelley.

The Sophia Webster sandals incorporate a black leather upper with rose-gold hardware and a 4.5-inch stiletto heel. The shoes are currently on sale for $456 on farfetch.com.

“What a fun night @cmt!!! Thank you @earthwindandfire for an unforgettable collaboration! Truly a bucket list moment!” Scott shared on Instagram after Lady Antebellum performed with Earth, Wind and Fire during the award ceremony.

The star-studded CMT Music Awards is a fan-voted awards show that honors excellence in country music videos and television specials.

Click through the gallery to view more strappy and sparkly sandals at the 2017 CMT Music Awards.