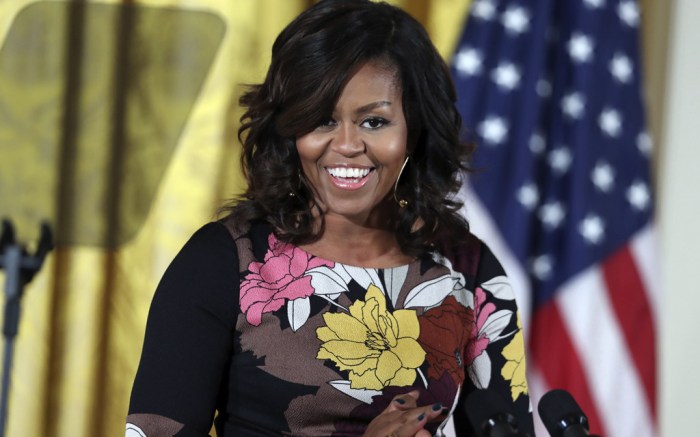 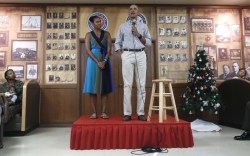 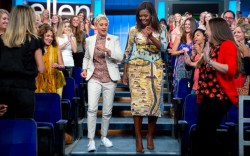 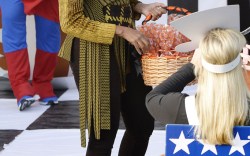 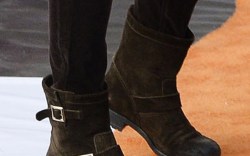 As President Barack Obama and first lady Michelle Obama prepare to leave the White House on Jan. 20, many are already feeling nostalgic for the past eight years. Michelle Obama has been lauded for her Let Girls Learn education initiative for girls around the world and her Let’s Move! campaign to promote healthier lifestyles for American families.

But she’s also put her mark on the White House when it comes to style, redefining first-lady fashion in her own way. In perhaps one of her final shining moments, she wore a shimmering Versace gown to the Italy state dinner at the White House in October, proving she can pull off just about anything. Still, she’s come a long way since her husband first took office in 2009, eschewing one of Washington, D.C.’s favored accessories — pearls — for an edgier style that’s all her own.

While there’s no doubt she’ll continue to be in the spotlight in some capacity, her style will certainly be missed. Here are eight reasons why:

She knows how to make an entrance

Few can forget Michelle Obama’s 2009 inauguration dress: a one-shouldered Jason Wu gown sprinkled with floral appliqués that she wore with Jimmy Choo peep-toe pumps. From that moment, we knew we had a chic first lady on our hands. She wore a Wu gown again for the 2013 inauguration in a striking red hue. Since then, she’s continued to wow crowds with stunning looks for every major formal event.

She knows how to dress for every occasion

The first lady knows that each event and appearance calls for a different look. She’s just as comfortable in a sweater and boots during a Toys for Tots Christmas donation event as she is in simple black pumps while visiting the U.K. prime minister in London. Perhaps her most important — and impactful — event this year was the Democratic National Convention, where she gave a speech on behalf of presidential candidate Hillary Clinton. Obama wore a simple blue dress by Christian Siriano and silver Jimmy Choo pumps. Her look could catch a viewer’s eye but didn’t take away from the power of her message.

She’s not afraid to experiment with her look

In her final year in the White House, the first lady hasn’t been afraid to push the fashion boundaries. For an appearance on Ellen DeGeneres’ show, she wore a printed Gucci dress, and for the Medal of Freedom presentation, she opted for a cool style by Dries van Noten, both times keeping her shoe look simple with pumps. She even wore a pair of Fendi floral sandals as she headed on vacation last summer.

She’s totally pals with the biggest names in fashion

Michelle Obama has the “in” when it comes to fashion. She loves to support up-and-coming designers as well as established names. In 2014, she was invited to a ribbon-cutting ceremony at the Metropolitan Museum of Art’s Costume Institute, which had been newly named after Vogue editor-in-chief Anna Wintour.

She loves a brightly colored shoe

Since her family’s early days in office, Obama has never been afraid to rock shoes in bright colors. After all, it could be a bit boring being restricted to black pumps for eight years. For a visit to Mexico City, Obama wore bright yellow flats, and during a trip to Hawaii, she chose orange slingback sandals to pair with her floral dress.

The first lady knows when it’s time to kick off her heels and put on more practical footwear. When she spends time in the White House garden, she favors sneakers by Converse or Nike.

She has the perfect black pump and black boot

Being the first lady most certainly requires having more than one great pair of black pumps and black boots in the closet — and Obama has both.

She’s loyal to the brands she loves

Through the past eight years, there’s one brand in particular the first lady has looked to over and over again: Jimmy Choo. She’s partial to their classic pumps and flats, but has also worn sandals and boots by the label.

Want to see more of Michelle Obama’s style through the past eight years? Explore the gallery here.