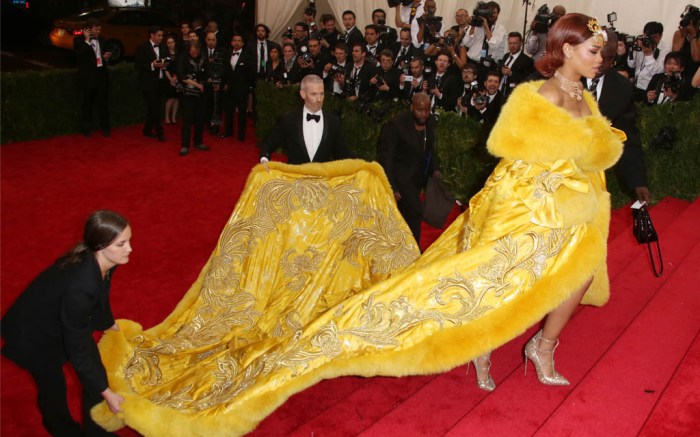 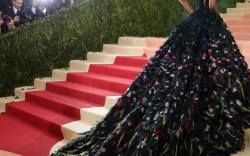 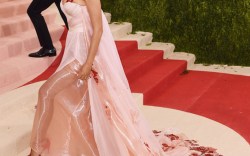 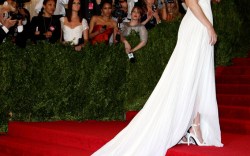 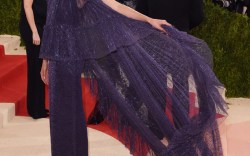 Ascending the steps at the storied Met Gala has created some iconic moments over the years.

And with the edgy theme rolling out today at the Metropolitan Museum of Art — “Rei Kawakubo/Comme des Garçons: Art of the In-Between” — the style parade will yield more spectacular fashion statements.

The celebrities who’ve mastered the art of the staircase pose have been able to highlight some of the dramatic details of their ensembles, especially long dress trains and billowing silhouettes. The Met Gala steps can also help showcase footwear for those who can deftly extend their legs.

Rihanna was the belle of the ball in 2015, when she climbed the stairs in a yellow Guo Pei coat dress that had an elaborate train.

But sometimes it is the statement-making detail that catches the eye, such as the colossal bow on the back of Christina Ricci’s Thakoon dress in 2012, which she teamed with patent leather heels.

Beyoncé’s embellished see-through Givenchy dress in 2015 looked stunning against the saturated red steps, and the sheer fabric helped to showcase her nude heels.

Agyness Deyn was hard to miss when she let the fabric of her purple Kenzo dress flutter in the air on the steps in 2016. At the same gala, Zoe Saldana cut a striking figure in an artsy and voluminous Dolce & Gabbana dress.

Click through the gallery to view more dramatic styles from the Met Gala steps over the years.