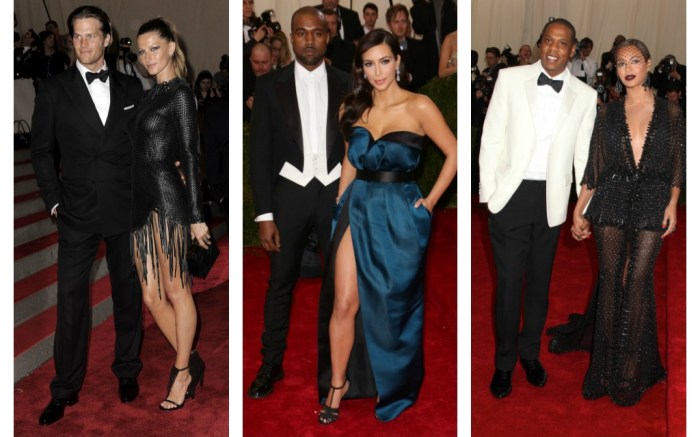 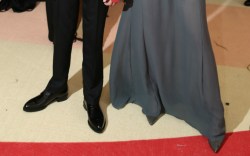 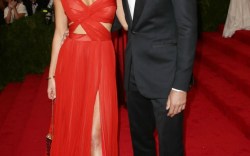 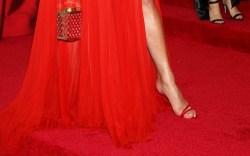 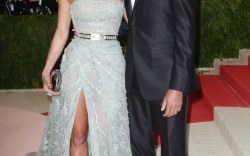 Forget statement shoes or jewelry. When it comes to the Met Gala red carpet, the hottest accessory is who’s on your arm.

From Kim and Kanye to Beyoncé and Jay-Z, Hollywood’s A-list power couples dress to impress at the annual fashion showdown. As we wait to see what the stars will wear to this year’s event, taking place May 1, we thought we’d take a look back at some of the most memorable Met Gala couple moments from over the years.

Few famous duos bring the fashion drama like Kanye West and Kim Kardashian. The two made their Met Gala debut together in 2013 and immediately had the Internet buzzing. A pregnant Kardashian’s head-to-toe floral-print Givenchy gown — which she paired with matching heeled sandals — received both rave reviews and a few jeers from fans who created a series of hilarious Internet memes comparing the flowery pattern to everything from wallpaper to the movie character Mrs. Doubtfire.

In 2015, the husband and wife, who now have two young children together, were a study in contrasts. West donned an all-black velvet tuxedo by Balmain, which he accessorized with a scarf, while Kardashian was a vision in white, wearing a lacy Roberto Cavalli gown with an ostrich feather-trimmed train.

Tom Brady and Gisele Bündchen are another couple who continue to rule the Met Gala red carpet. In 2014, the model and her NFL quarterback husband — who will serve as co-chairs of this year’s gala — looked perfectly coordinated in their elegant black attire. Bündchen rocked a lacy Balenciaga gown and simple sandals, while Brady wore a dapper Tom Ford tuxedo.

The couple got a bit playful at the 2013 event. Brady added a fun pop of color with a blue silk dinner jacket, also by Tom Ford. Embracing the evening’s punk theme, Bündchen showed off her long legs in an Anthony Vaccarello minidress daringly detailed with metal mesh accents. She topped off the look with a sleek pair of heels from the Stella Luna for Anthony Vaccarello collaboration.

To see more of the Met Gala’s statement-making couples, click through our gallery here.