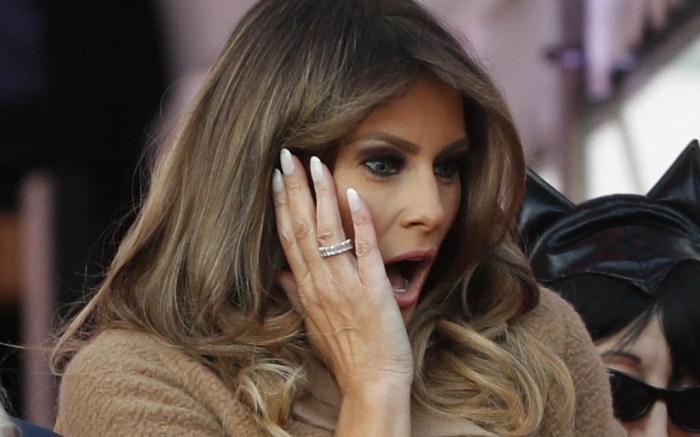 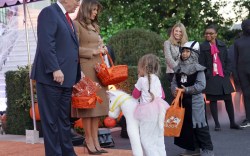 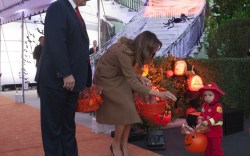 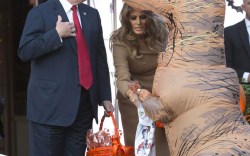 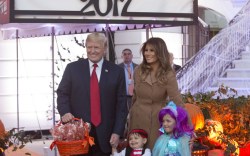 While handing out candy at the White House Halloween party today, one of the trick-or-treaters surprised Melania Trump with a fun Halloween trick — her own pint-sized double.

Military families from the Washington, D.C., area participated in the festivities, and among the many costumes, one of the young girls dressed as the first lady.

Meanwhile, Melania opted to not dress in a costume, instead, she was decked out in a chic look that included a brown double-breasted coat dress with a pair of brown snakeskin Manolo Blahnik BB pumps.

The former model is a fan of Christian Louboutin’s So Kate heels and Manolo Blahnik’s BB pumps, having worn many of the styles so far while performing her duties as first lady.

Alongside the President, she held an orange basket and handed out candy to adorable children dressed in whimsical costumes. The mother to Barron, one of Donald’s five children, pulled funny faces and reacted to the youngsters’ scary and cute looks.