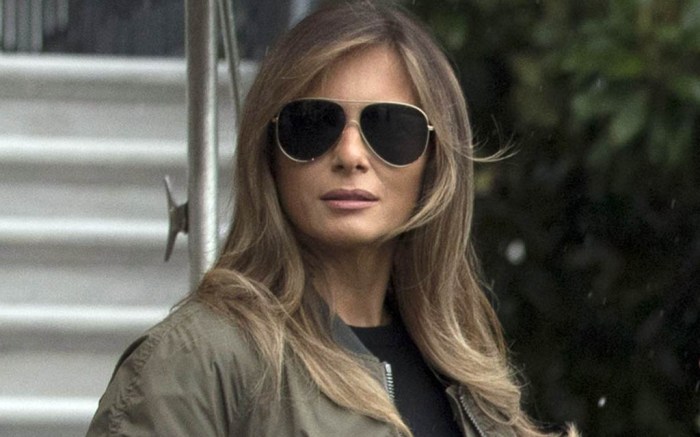 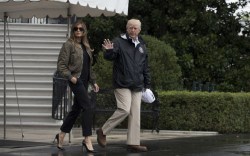 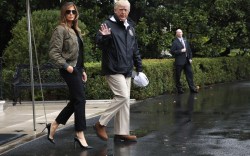 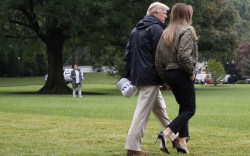 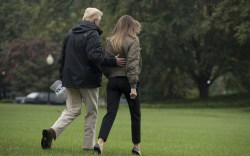 Manolo Blahnik has said his BB pump, designed in 2008, is a “good shoe for every occasion” — but how practical are stilettos in flood zones?

Melania Trump put his words into action on Tuesday, seen traveling to Texas in the aftermath of Hurricane Harvey, where communities are under water and the devastation has been declared a national emergency.

For her arrival, the first lady’s choice in footwear became a trending topic on Twitter — igniting a torrent of comments on the practicality of her styling. The shoes feature a pointed-toe profile on a sexy 4-inch stiletto heel. They’re available in several styles for $595 on neimanmarcus.com.

Melania Trump be like "When there is 30 inches rain, a lady always wears 31 inch heels" pic.twitter.com/byDmkIQm3A

Chelsea Handler tweeted a quip: “Melania taking off for Houston on AF1…in stilettos.” Another Twitter user wrote: “Melania Trump be like ‘When there is 30 inches rain, a lady always wears 31 inch heels.'”

She teamed the heels with a black top and matching trousers that cut just above the ankle, and a green bomber jacket.

Later Melania changed into white sneakers and a more casual outfit to complete some more onsite visits with President Trump.

Click through the gallery to see more photos from Melania’s trip to Texas.

Melania headed to a disaster zone in stilettos is my Halloween costume. pic.twitter.com/BWhUSKWVQ8

Melania taking off for Houston on AF1…in stilettos.