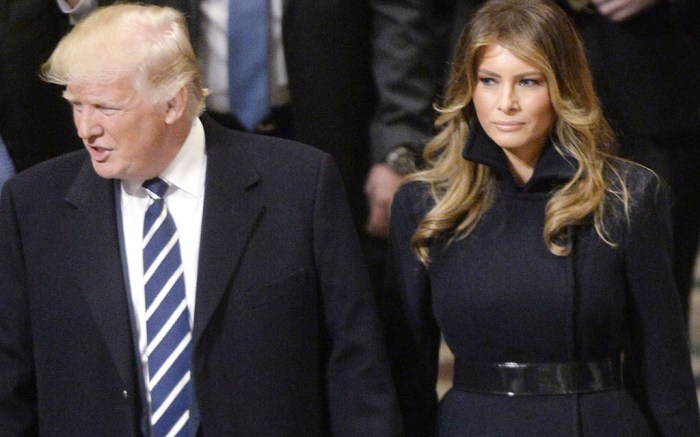 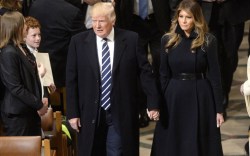 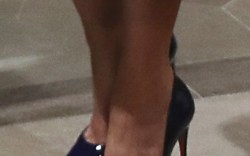 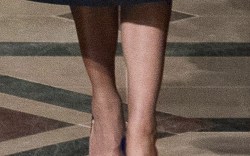 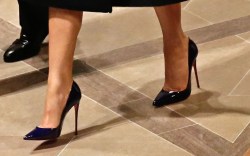 For her second day as first lady, Melania Trump turned to one of her favorite shoe styles.

The former model opted for Christian Louboutin — her go-to brand during President Donald Trump’s campaign — when she arrived today for National Prayer Service at the National Cathedral in Washington, D.C., with the Trump family.

With her feet practically vertical in a nearly 5-inch stiletto heel, the mother to Barron, one of Donald’s five children, had on a pair of the luxury label’s patent leather So Kate pumps in encre (blue).

Featuring a pointed-toe silhouette, the chic shoes retail for $675 online. She teamed the heels with a navy blue coat and a patent leather black belt. The look was color coordinated to match that of her husband, who had on a navy blue suit and matching striped tie.

One of the causes she said she wants to spearhead as first lady is ending internet bullying among young people. “Children and teenagers are getting hurt, and we need to teach them how to talk to each other,” she told “60 Minutes.”

The stylish fashion statements for church continued in another hue and fabrication when President Trump’s eldest daughter, Ivanka, arrived with her husband and their children.

The shoe designer cut a sophisticated figure in a suede burgundy wrap dress coat that was teamed with matching heels. Her bag, hair accessory and gloves matched the color, too.

It would be no surprise if Ivanka’s heels were from her namesake brand. The entrepreneur’s Kayden suede pumps are produced in the same color and feature a 4.25-inch heel. They originally retailed for $130, but are on sale at a bargain price of $49.97 on Nordstromrack.com.