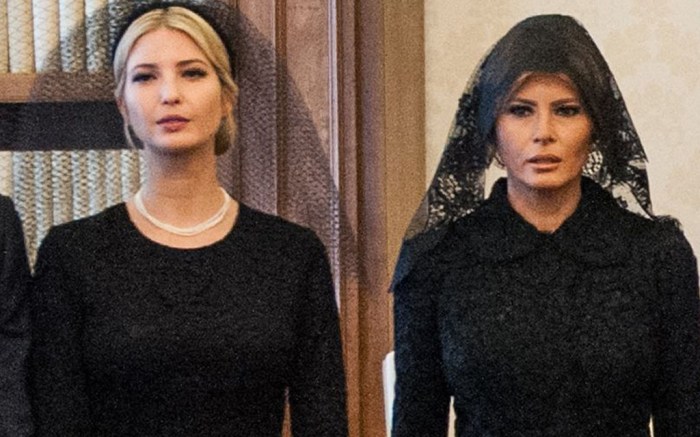 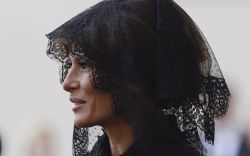 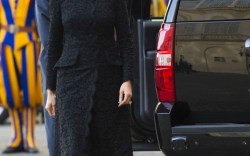 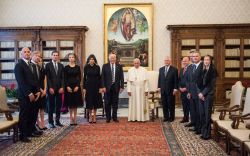 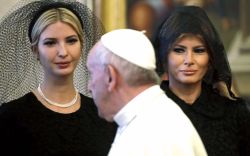 Dolce & Gabbana co-founder Stefano Gabbana is not going to let political ideology get in the way of a fashion statement.

“BoycottDolceGabbana please,” the designer captioned an image of Melania Trump wearing a bespoke dress from the luxury fashion house today after critics on social media slammed his unwavering support of the first lady.

“Isn’t it weird? Yesterday at 11pm we had 13,7MLN followers…today at 12am after all the people saying ‘unfollowing you’ we have 13,7MLN,” he continued to fire back in another Instagram photo, of which he compared a composite of D&G’s social media account followers today and Tuesday.

The official Instagram page for Dolce & Gabbana shared five consecutive posts of Melania dressed in the label over two days, directly from the co-founder’s personal account.

Melania has been traveling alongside President Trump during his first overseas trip to Saudi Arabia, Israel, Vatican City and Belgium.

Gabbana called her a “DG Woman” and openly expressed: “Thank you,” he wrote, adding hearts in many of the captions.

Melania served as an apt muse for Gabbana today during a meeting with Pope Francis in Vatican City. The first lady brought to life the brand’s spring 2011 campaign infused with Catholic iconography, shot by Steven Klein — a dramatic scene of women in black dresses and lace mantillas while striking emotional expressions. Alongside Ivanka Trump, who was also clad in similar style with a veil, the resemblance to the pictorial was uncanny.

Earlier in April, when the first lady’s official portrait was unveiled, Gabbana shared on Instagram that he was delighted to see her in his label.

However, designers such as Tom Ford, Marc Jacobs and Christian Siriano have publicly stated that they do not want Melania to wear their clothes.

Click through the gallery to see more photos of Melania Trump and Ivanka in Vatican City.