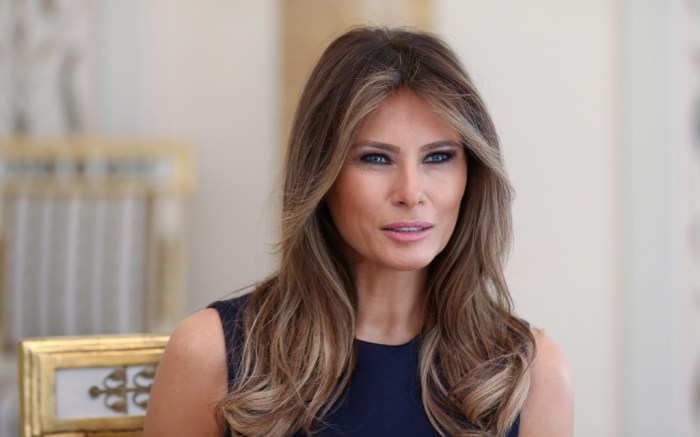 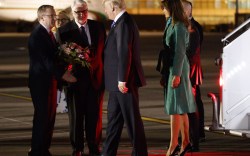 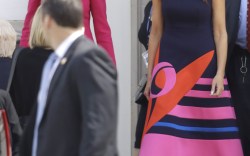 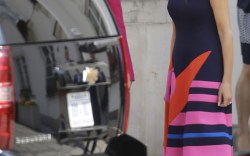 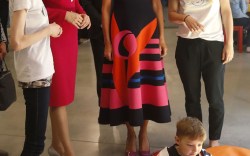 The two first ladies visited the Copernicus Science Center, an interactive science museum geared toward young people. Photos captured Melania interacting with some of the staff and children at the museum. At the end of their visit, Melania and Kornhauser-Duda posed with two kids who had made them items using a 3-D printing machine.

Melania received a hot-pink pump that was, of course, too small to wear but was a nod to the beloved pumps she wears for many public outings. She’s worn pink Christian Louboutin pumps several times, and during her visit to Poland, she paired a bright Delpozo dress with purple suede Manolo Blahnik pumps.

Kornhauser-Duda seems to also have a love for pink. She wore a bright pink dress and jacket for the occasion, paired with nude pumps.

Later in the day, the Trumps flew to Hamburg, Germany, for the G20 Summit. According to reports, Melania and daughter Ivanka Trump were scheduled to attend a tour of a climate change center and then go on a river cruise with other G20 spouses. Melania’s spokeswoman told reporters that the first lady is unable to leave her hotel safely because of the protests surrounding the summit.

Want to see more from the Trumps’ visit to Poland? Click through the gallery below.