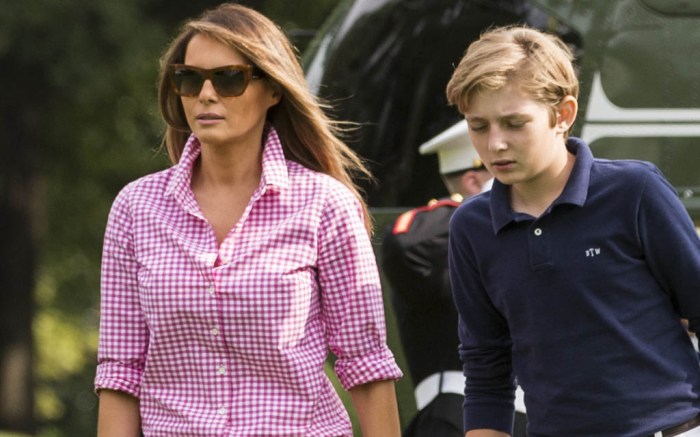 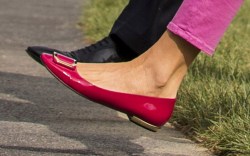 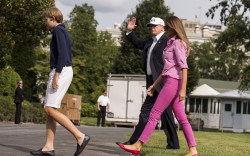 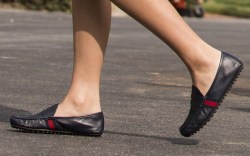 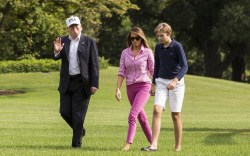 The former model and mother to Barron, the youngest of President Donald Trump’s five children, arrived at the White House following a trip to Camp David wearing a pair of ballet flats.

Styled in several shades of pink, Melania looked chic in a gingham button-down top, jeans and fuchsia shoes. The patent leather footwear featured a metallic ornament at the top.

Following alongside his mother, the president’s 11-year-old son — who is almost as tall as his father — had on navy blue Gucci loafers.

Gucci’s Kanye shoes incorporate the brand’s signature horsebit ornament and striped bridge on a suede loafer set on a rubber sole. They’re available for $480 on nordstrom.com.

Barron has another pair in taupe, but opted to wear the navy blue colorway to match his shirt, which he teamed with white shorts.

Meanwhile, Ivanka Trump and her husband Jared Kushner weren’t far behind. Trump had on gray fashion sneakers with a sleeveless white top and matching trousers. She carried her son Theodore and held her son Joseph’s hand. Arabella had on a yellow dress with white sandals and held onto her father’s hand.

Click through the gallery to see more photos from Melania’s arrival.