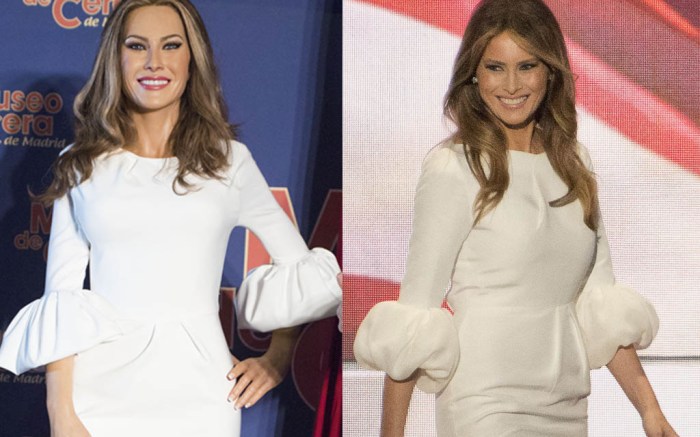 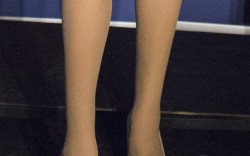 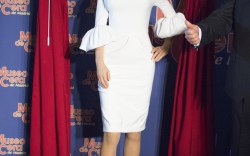 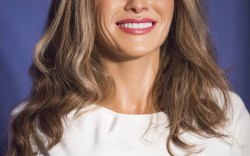 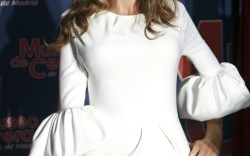 Melania Trump is the latest fashionista to be honored with a wax figure.

Today, the Madrid Wax Museum unveiled a waxwork of the first lady wearing the same Roksanda dress she donned nearly one year ago at the Republican National Convention in Cleveland — where she delivered a speech and Donald Trump accepted his party’s nomination for president.

Such a big occasion called for a sleek look, so Melania cut a chic figure in a versatile ensemble. Her white Roksanda Ilincic dress featured puffed sleeves and a skirt hem that cut right at the knee. The label’s Margot silk-blend dress retails for $2,195 on net-a-porter.com.

The former model completed the look with nude patent leather pumps by Christian Louboutin, her go-to brand on the campaign trail.

Louboutin’s So Kate heels are available for $675 on Nordstrom.com. The pumps come in different colors and feature a pointed-toe silhouette on a 4.75-inch heel.

Standing alongside the sculpture in the Spanish exhibit is President Donald Trump in a black suit, red tie and black dress shoes.

Click through the gallery to view more images of the art piece.