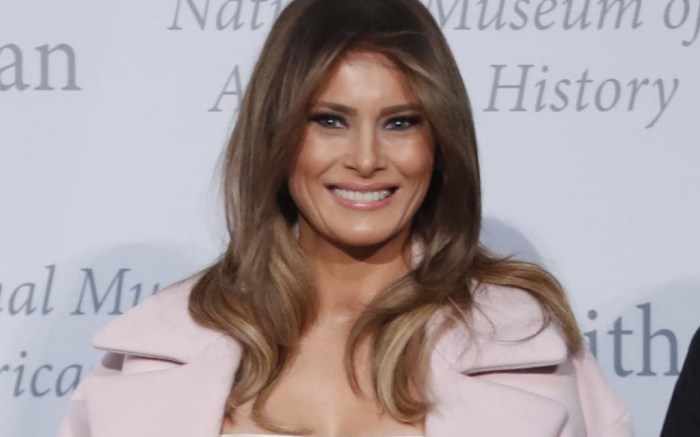 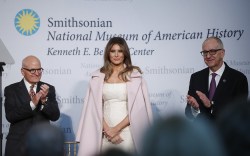 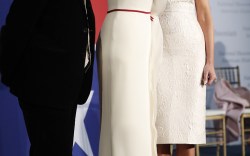 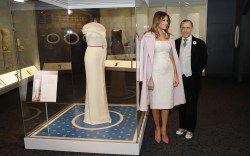 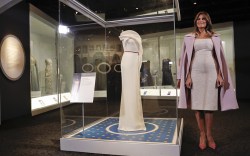 The gown Melania Trump wore to President Donald Trump’s inauguration in January has officially made it to the Smithsonian museum.

On Friday, Trump officially donated the gown, a vanilla off-the-shoulder dress designed by Hervé Pierre, to the Smithsonian’s National Museum of American History. As part of the museum’s First Ladies Collection, the dress will be featured alongside gowns worn by former first ladies such as Michelle Obama and Laura Bush.

Trump unveiled the gown alongside the designer and members of the museum, adding that she had “a very precise idea of what I wanted for such a historic evening.” On stage, she wore a sleeveless cream sheath, hot-pink stiletto heels and a dusty-rose overcoat.

“As most of you know, before being elected president, my husband was never in politics,” Trump said in her speech on stage. “So you can imagine that after he won, we were very busy with all that goes into preparing for a new administration and all the changes that we as a family would be facing.”

The gown, like many of the first lady’s fashion choices during the Trump presidency, generated its fair share of attention.