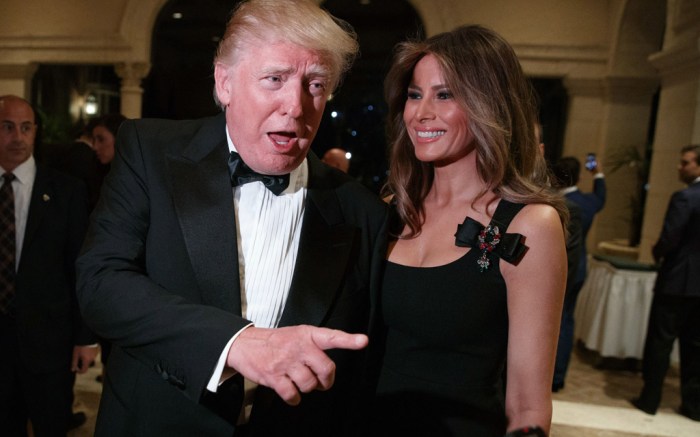 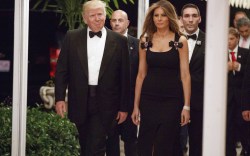 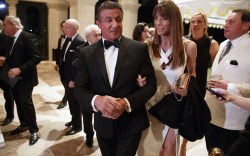 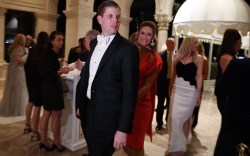 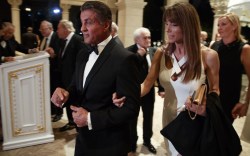 Melania Trump danced into 2017 like a natural woman in silver sandals.

Cutting a chic figure in a black sleeveless Dolce & Gabbana dress, the former model enjoyed a celebration on Friday at their Mar-a-Lago club in Palm Beach, Fla. — with Aretha Franklin’s hit “(You Make Me Feel Like) A Natural Woman” as her soundtrack ahead of the New Year countdown.

The Trump winter retreat in Florida was the perfect occasion for Melania to rock a weather-appropriate sandal shoe style. The silhouette is a departure from her beloved Christian Louboutin So Kate pumps that she’s worn on several occasions while supporting Donald’s presidential campaign bid before the Republican real estate mogul won the election.

Melania’s LBD was accessorized with a diamond bracelet and sparkling bejeweled embellishments around the dress straps.

In the past, guests at the New Year’s Eve party have included Vanessa Williams, Quincy Jones, Regis Philbin and Rod Stewart. However this year, the Trumps rolled out a 70-yard red carpet for Sylvester Stallone and his wife, Jennifer Flavin, and male model Fabio.

Donald’s son Barron (with Melania) as well as Eric and Donald Jr. (with ex-wife Ivana) were at the party, too. His shoe-designer daughter Ivanka rang in the new year from Hawaii with her husband, Jared Kushner, and their children.

The dinner menu at the private club began with “Mr. Trump’s wedge salad,” followed by two more courses, a baked Alaska dessert and a breakfast bar. The band Party on the Moon performed for the fifth consecutive year at the luxury resort’s New Year’s Eve celebration.

One of the performers shared video of the countdown to 2017 on her Instagram page and joked about the venue’s tight security since Trump became president-elect.

“After being sniffed by cute German Shep pups 🐶actually big ginormous doggies 🐕🐕 & searched to make sure my face card & background was A-1 and my probation officer was paid in full (just kidding yal 😅),” she wrote. “I was finally cleared to go work on the biggest #gig night for #singers #artist #rappers #djs & #musicians all over the world!!!”

Tickets for the event cost around $500 a piece, according to reports. Festivities for the 800 guests began with a cocktail reception at 7:30 p.m. and concluded with dancing until 1 a.m.

The President Elect and next First Lady dance to "Natural Woman" just before midnight on #NewYearsEve #MAGA #MarALago pic.twitter.com/ZTJ5RQqgSa