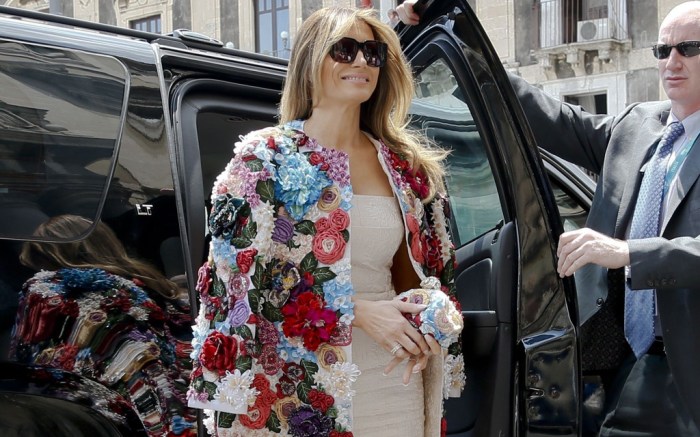 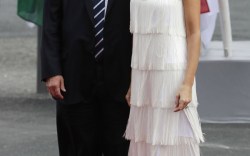 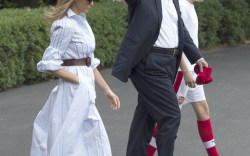 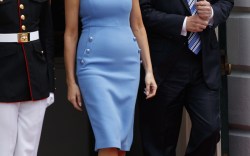 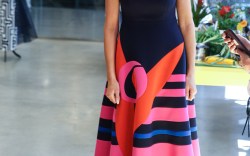 As a former model, First Lady Melania Trump’s love of fashion is well-known. But while she incorporates some less expensive pieces into her looks, the first lady often opts for designer duds.

The most expensive clothing item Melania sported this year was a Dolce & Gabbana coat that retails for upwards of $50,000. Melania frequently wears items by Dolce & Gabbana, and many of them come at a high price point. She paired the coat with a D&G purse valued at more than $1,000, as well as a dress from the label.

A $1,000 purse is not much compared to some of the other handbags Melania has sported. The 47-year-old owns multiple Birkin bags, including a python-print one with an estimated value of more than $75,000.

As far as shoes go, Melania often steps out in expensive footwear, sporting styles from Christian Louboutin and Manolo Blahnik most often. She found herself in hot water earlier this year after Hurricane Harvey, when she sported snakeskin Manolo Blahnik stilettos as she boarded Air Force 1 to Houston.

Melania’s clothing is just as pricey. The first lady chose a $7,995 Monique Lhullier dress for a state dinner earlier this year, and she opted for a $4,995 Michael Kors jacket — paired with a skirt that retails for the same price — while listening to her husband, President Donald Trump, speak at Congress.

But Melania also has stepped out in some less expensive shoe styles, sporting Adidas Stan Smith sneakers and low-top Converse. Melania paired her Converse kicks with a designer top while gardening, though. She sported a $1,300 plaid shirt by Balmain for the occasion.

Click through the gallery to see more of Melania’s most notable outfits of the year.