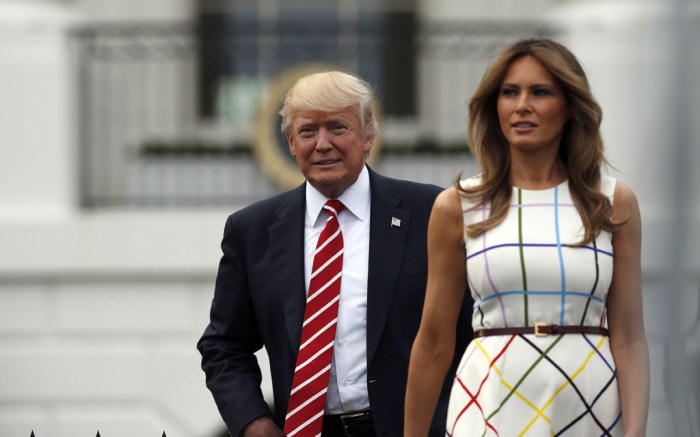 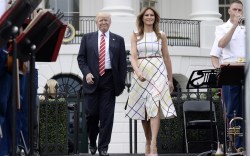 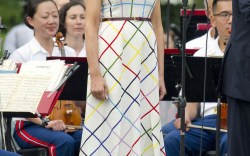 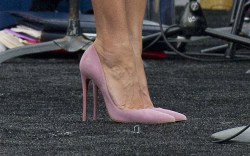 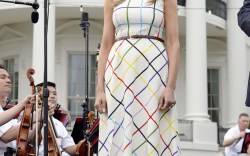 Melania Trump is continuing her week of colorful summer outfits.

At the Congressional Picnic hosted at the White House on Thursday, the first lady wore a Mary Katrantzou multicolored checked fit-and-flare dress. She complemented it with pale pink suede Christian Louboutin pumps. Earlier this week she paired her light blue Michael Kors dress with floral Louboutin pumps. While the exact pair of her picnic heels aren’t available, a similar pair retails for $675.

Melania was all smiles as she stood on stage next to President Donald Trump. She later greeted some of the guests, including an adorable baby. Daughter Ivanka Trump, meanwhile, tended to her children at the event. She opted for a floral off-the-shoulder dress by Reformation that she paired with blue lace-up flats from Ivanka Trump Collection. She was spotted swinging her daughter, Arabella, around on the White House lawn.

Click through the gallery to see more of Melania’s and Ivanka’s styles at the Congressional Picnic.