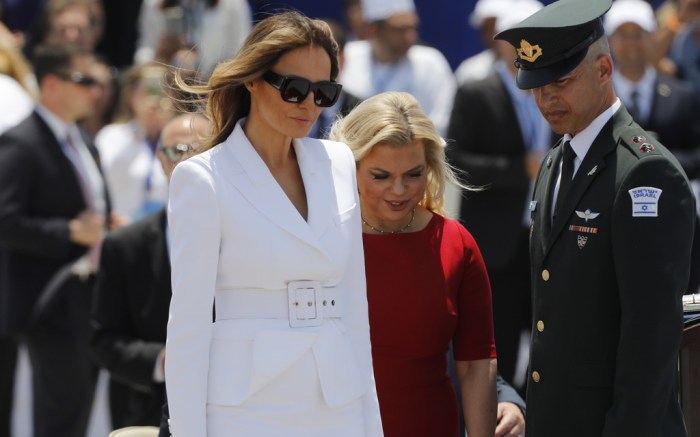 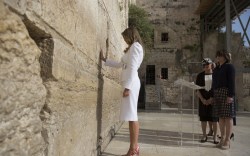 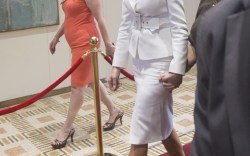 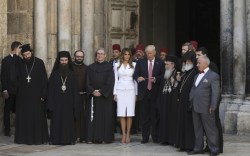 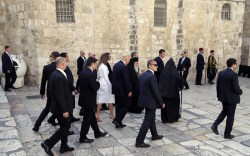 After visiting Saudi Arabia over the weekend, President Donald Trump and first lady Melania Trump arrived in Israel on Monday.

They were greeted by Israeli Prime Minister Benjamin Netanyahu and his wife, Sara. As the Trumps descended the stairs of Air Force One, Melania could be seen sporting an all-white skirt suit complete with a wide belt, black sunglasses and a pair of red and white striped pumps.

It turns out Melania actually wore the same style of pumps in Saudi Arabia in brown and white, which complemented her safari-style belted Ralph Lauren dress. As the two arrived at Ben Gurion Airport near Tel Aviv, Melania wore a Michael Kors jacket and matching skirt. The jacket is on sale for $997. The striped pumps added a pop of color to the monochromatic look.

Click through the gallery to see more of Melania Trump’s look as she arrived in Israel.

Melania Trump Shows Her Stripes in Zebra Pumps &amp; Safari Dress — And Then Changes Into a Suit in Saudi Arabia