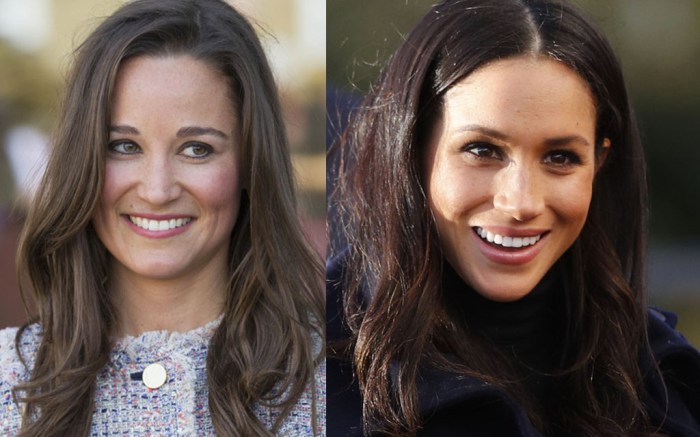 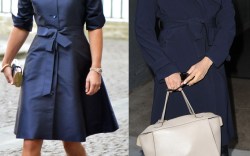 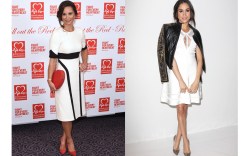 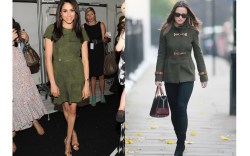 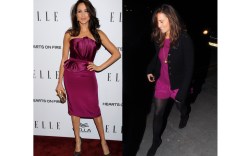 Meghan Markle may not be part of the royal family just yet, but Prince Harry’s fiancee already looks like she could be a member.

The “Suits” actress’s extensive wardrobe, filled with a mixture of classic and trendy pieces, has a lot in common with that of Pippa Middleton, the Duchess of Cambridge’s sister.

Markle and Middleton share some facial similarities, as both have long, dark locks and wide smiles. But as far as their style sensibilities go, the two also have something in common.

For one, Markle and Middleton are unafraid of bold color statements. Both women have opted for bright blues, burgundies and fire engine red.

At the same time, the two women each prefer sophisticated, simple pieces, opting for unfussy looks with minimal jewelry. Both Middleton and Markle like to wear sophisticated belted coats for public appearances, and each selects single-colored pumps most often, rather than elaborately studded sandals or thigh-high boots.

Black, white and navy are staples of their respective wardrobes — if she’s wearing a brightly colored dress, Markle will opt for black or beige shoes, ensuring that her looks keep from being too busy. Middleton often selects plain colored shoes as well, but she frequently coordinates her shoes to her dress for monochromatic ensembles.

Of course, both Markle and Middleton’s looks don’t stray too far from those of Kate Middleton, Middleton’s sister and Markle’s sister-in-law-to-be.