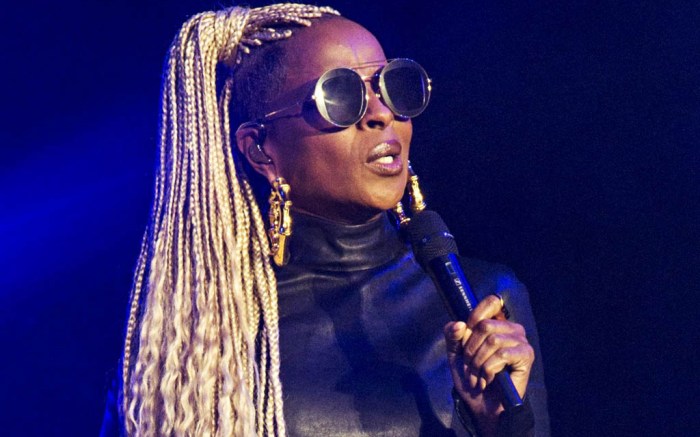 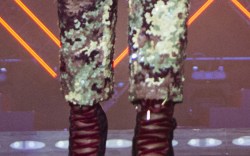 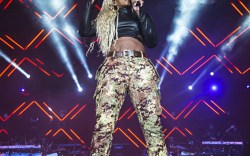 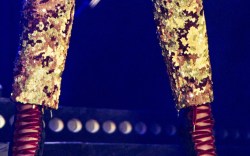 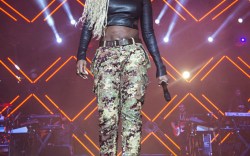 Mary J. Blige battled it out on the mic — clad in the costume to match — when she hit the 2017 Essence Festival stage on Saturday.

Entertaining the crowd in New Orleans, the R&B queen had on a cropped black leather top teamed with camo trousers that were covered in sequins. The outfit was an eyecatcher, and her choice in footwear was just as striking.

For her next performance, she transformed into another sizzling look that included over-the-knee leather boots by Casadei and an outfit by Mugler.

The singer is currently promoting her new “Strength of a Woman” album and companion tour.

Some of the looks she’ll show fans along the way are coordinated by her stylist, Jason Bolden, who also counts Gabrielle Union and Taraji P. Henson among his boldface roster of celebrity clients.