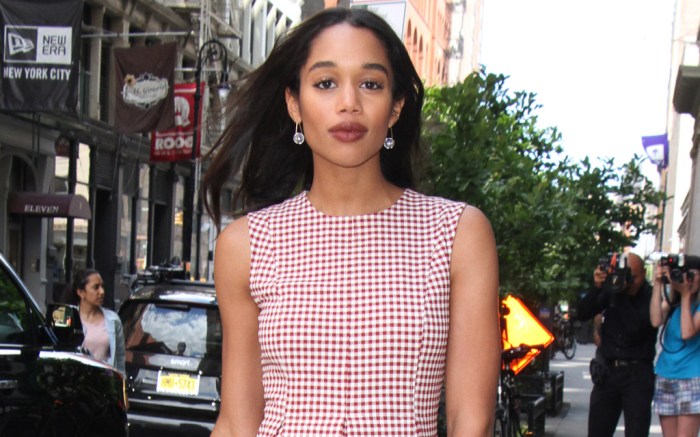 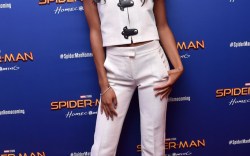 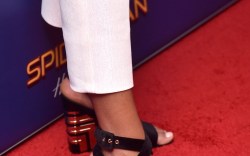 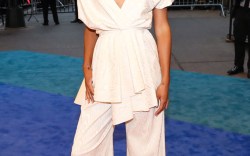 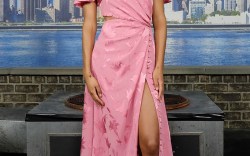 Actress Laura Harrier is making her mark when it comes to movies — and fashion.

The 27-year-old has splashed onto the Hollywood scene thanks to her role in “Spider-Man: Homecoming,” which releases July 7 and also stars Zendaya, Tom Holland, Gwyneth Paltrow, Marisa Tomei, Robert Downey Jr. and more.

She has also reportedly signed on to play a role in HBO’s upcoming movie adaptation of the novel “Fahrenheit 451.” Clearly, Harrier is just getting started, and the same appears to be true when it comes to her fashion.

Harrier, who works with stylist Danielle Nachmani, has a unique sense of fashion that is anything but cookie-cutter. This week, she wore a red and white gingham top and matching pants by Brock Collection, paired with Nicholas Kirkwood nude slingback pumps. It was certainly on-trend thanks to the gingham, but not too trendy.

At a screening of “Spider-Man: Homecoming” in New York, Harrier wore a Louis Vuitton top and coordinating black and gold block-heel sandals that had an art deco feel. Other top looks include a Prabal Gurung pink kimono wrap dress paired with white and clear heels, and the Rosie Assoulin ensemble she wore for the Council of Fashion Designers of America Awards.

As Harrier continues to promote “Spider-Man,” there will be plenty more cool looks to see from this rising star. Click through the gallery to see some of her recent best outfits.

Zendaya Is Pretty in Pink for ‘Good Morning America’ Appearance

Zendaya Owned the Red Carpet in Manolos She Got From Rihanna

Charlotte Olympia Teams Up With Marvel For ‘Spider-Man’ Shoe Collaboration