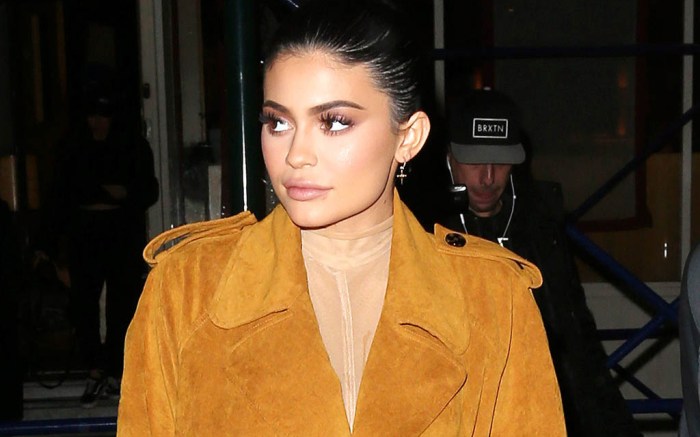 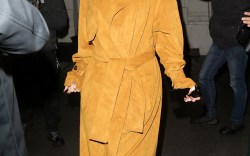 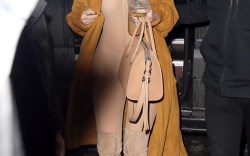 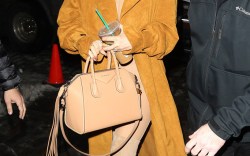 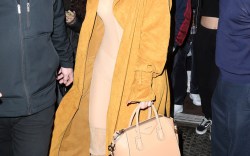 Puma ambassador, lip-kit queen and now stylist, Kylie Jenner was proud to share that she was responsible for her own sleek fashion statement today.

The entrepreneur stepped out in a head-to-toe nude ensemble on an outing in New York City with her boyfriend Tyga.

HAKAJAHSHAHEHWHW GUYS IM FREAKING OUT KYLIE COMMENTED ON MY LAST PIC 😭😭😭😭 ( only said styled by Jill because she liked my last photo) sorry Kylie 😉 after 3 years she finally noticed me!!! Thank you Kylie ❤️ thank you guys for following me and going along this fun lil hobby of mine!

For the occasion, the “Keeping Up With the Kardashians” star highlighted the hue with a pair of Le Silla over-the-knee boots, a semi-sheer catsuit and a Givenchy tote.

Her suede stompers feature a 4.7-inch heel and pointed-toe profile. Similar styles from Le Silla are available in additional colorways in stretch velour, velvet and nappa leather for $1,052 on the brand’s website, but they are now on sale at half off: $526.

She teamed the footwear with a matching Givenchy Antigona medium leather satchel that retails for $2,435 on Nordstrom.com, but a seller on eBay currently has the bag available in gray for $1,199.

To add a splash of bold color to the number, she wisely selected a saturated orange coat.

Kylie shared with her Instagram fans that she styled the look after picking up beverages with Tyga at Starbucks.

Later, she made a transformation into a another block of color — nearly all-black. The Kylie Cosmetics mogul wore the outfit when she attended a party for Alexander Wang’s New York Fashion Week show, which included her sister Kendall and friend Bella Hadid.

The E! fixture’s heels by Wang seen earlier in his fall ’17 presentation feature stud embellishment. She teamed the footwear with a black cutout bodysuit and an oversize tartan jacket. The sizzling number was completed with a wet-looking shaggy hairdo.

Kylie recently credited her stylist Jill Jacobs for her fashion-forward rise. Notable shoe brands on Jacobs’ radar are Jimmy Choo and Olgana Paris. Jacobs is the former assistant to Monica Rose, a stylist who counts the Kardashian-Jenner family as clients.

Click through the gallery to see more of Kylie’s look.