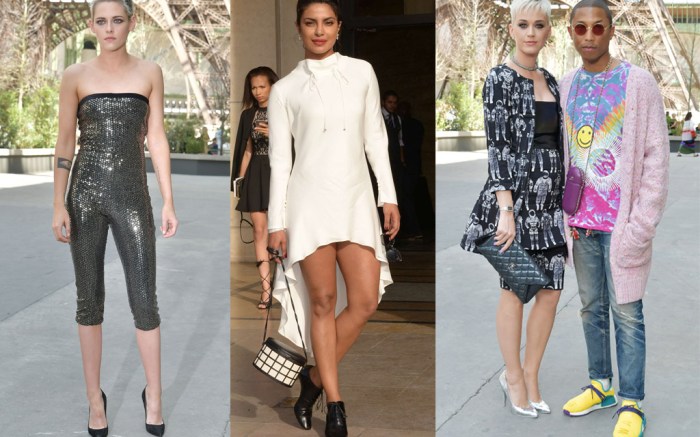 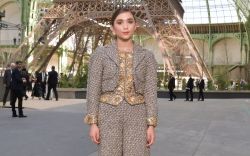 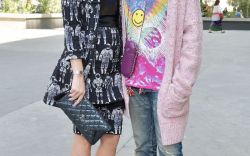 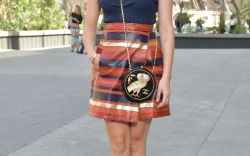 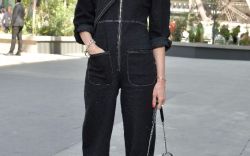 It’s Haute Couture Fashion Week in Paris, and naturally celebs are flocking to the front row. Read on to see who has been spotted at Chanel, Armani, Schiaparelli, Jean-Paul Gaultier — and more importantly, what they’re wearing.

Katy Perry and Pharrell Williams also made an appearance at Chanel. The “Swish Swish” singer wore a blazer and skirt featuring astronauts and silver metallic pumps, while the “Despicable Me 3” soundtrack composer was colorful in a rainbow tie-dye T-shirt and yellow multicolored sneakers.

For more celebs in the front row, check out the gallery ahead.