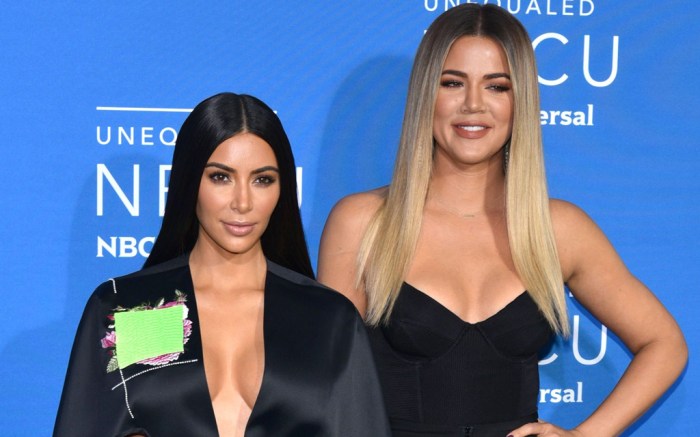 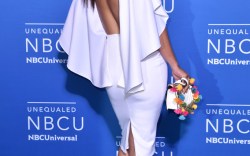 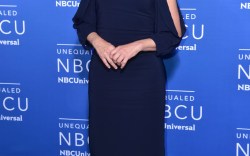 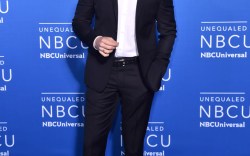 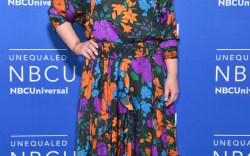 Kim Kardashian West and her sister Khloe Kardashian jetted to New York on Sunday night after celebrating Mother’s Day with their family in Los Angeles.

The sisters were here for NBCUniversal Upfront 2017, which shared insights into NBCUniversal’s upcoming plans for all of its networks and shows. Stars including Mandy Moore, Jennifer Lopez, Chrissy Metz, Kristen Bell and Nicole Richie were also there. The two certainly did not disappoint when it came to fashion. Khloe wore a sleek black top and pants with Yeezy clear sandals, of course designed by Kim’s husband, Kanye West.

But Kim took things to the next level, wearing a plunging top by Chalayan with Balenciaga’s sock-boots. But these were not the sock-boots we saw Kylie Jenner wear or the ones worn by Lily Aldridge and Salma Hayek at the Met Gala. This version of the boot actually serves as pants too.

The boot-pant hybrid appeared on Balenciaga’s spring ’17 runway, along with a regular thigh-high version worn by Jenner, Aldridge and Hayek.

Kardashian West gave fans a closer look at the boots on her Snapchat.

While the look may seem like something only a Kardashian could pull off, one thing’s for sure: A boot-pant hybrid does make getting dressed in the morning a bit easier.

Check Out the Sundae Sneakers on Display When Kim Kardashian &amp; Kourtney Took Their Kids to the Museum of Ice Cream

Kardashian Favorite Freshly Picked Is Coming Out With Its First Sandal