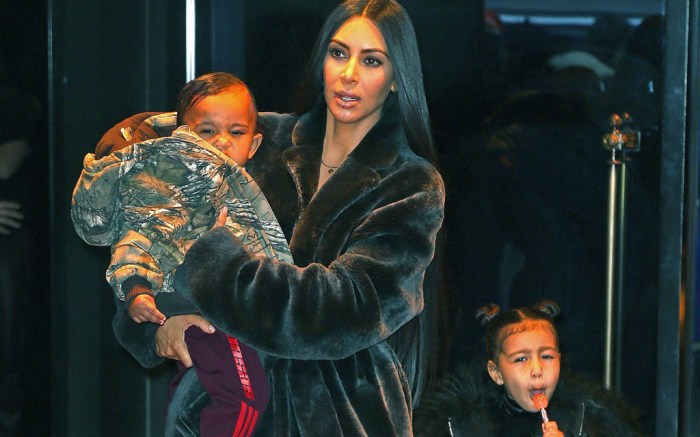 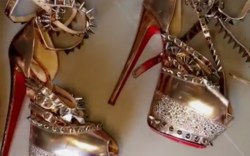 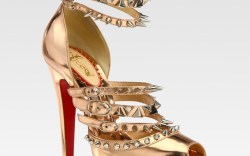 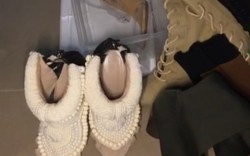 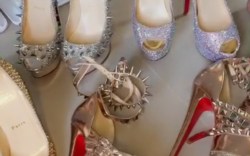 Sacrifices must be made in the name of fashion — even if a pair of red bottoms puts the roof over your head at risk.

Kim Kardashian West confessed to her Snapchat fans today that she once shelled out a fortune buying a pair of studded gold metallic leather Christian Louboutin Isolde 160 heels that were issued in honor of the designer’s 20th anniversary in 2012.

“These shoes right here,” the E! star explained while filming the footwear, “I literally couldn’t pay my rent because I chose to get these instead of my apartment.”

The luxury label’s platforms were released in 2012 and were among 20 styles, along with six bags, that were included in a capsule collection inspired by two decades of Louboutin’s work.

The shoes were previously listed for $3,995 on Net-a-porter.com, and now, a pre-owned pair “worn only 1 night indoors,” described by a seller, is currently available for $2,100 on eBay. For those who truly appreciate a vintage look, another eBay seller is offering her shoes that have been worn “numerous times and have lots of scratches on them” for $1,650.

The 20th-anniversary range debuted Feb. 27, 2012 at a London pop-up shop in Selfridges before its worldwide release the following month.

Some colorways in the Isolde 160 model were produced in black, pink and gold. Design details included Swarovski-embellished platforms, buckled straps, patent leather and spikes. The towering stiletto heel measures around 6.5 inches and the platform is around 2.5 inches thick.

The social-media queen also shared other eye-catching heels from Louboutin, YSL and Yeezy, as well as gowns in her archive, adding that she planned to pass on her wares to North West, her daughter with husband, Kanye West.

Speaking to her mini-me, who was off-camera, she asked: “Do you like all these shoes? I saved them for you.” Without missing a beat, the 3-year-old delivered a reality-TV-ready response: “I have to go potty.”