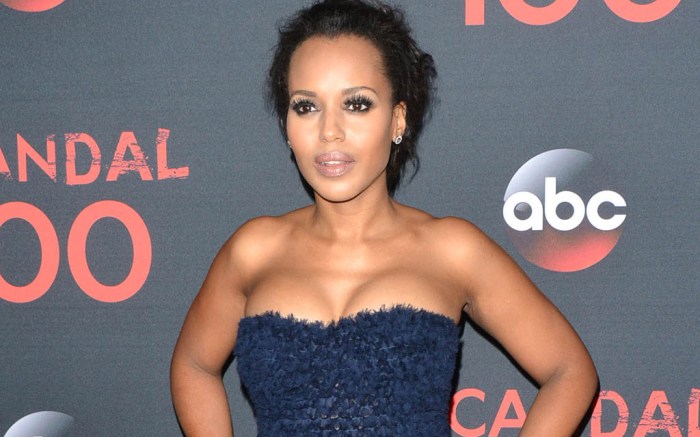 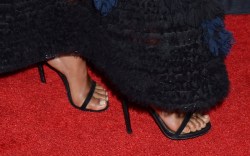 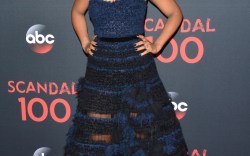 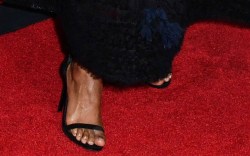 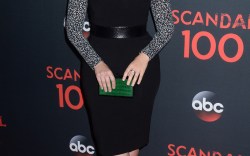 Kerry Washington and her gladiators hit the red carpet in sleek style on Saturday at the “Scandal” 100th episode celebration in Los Angeles.

The actress was the “epitome of chic,” brand J. Mendel said on Instagram of her fall 2017 dress that she teamed with a pair of minimalist black sandals. She made a romantic fashion statement in a navy ruched silk strapless dress with a trumpet skirt and petal detail.

Washington called out her glamour squad on Instagram, which included makeup artist Autumn Moultrie and hairstylist Justine Marjan, who called her an “inspiration” and revealed how she created her “romantic chignon.”

“Romantic chignon for the @scandalabc [100th] episode party last night. I used my @ghd_northamerica gold 1/2 inch flat iron to create tiny bevels in her hair before pulling back for volume and texture,” Marjan explained.

The event attracted the ABC drama’s cast members, including Darby Stanchfield, who looked stunning in a Styland emerald jumpsuit with Nicholas Kirkwood sandals.

On Friday, she took to Instagram and showcased a spread of high-end shoes, and asked her fans to help her decide what to wear on the red carpet. “Which heels do I wear for tomorrow night’s #scandal party to celebrate,” she captioned the video.

Stanchfield posed with co-star Katie Lowes, writing on Instagram that she felt “so grateful to celebrate 100 episodes with my #scandalfamily.”

Click through the gallery to view more photos from the “Scandal” 100th episode soiree.