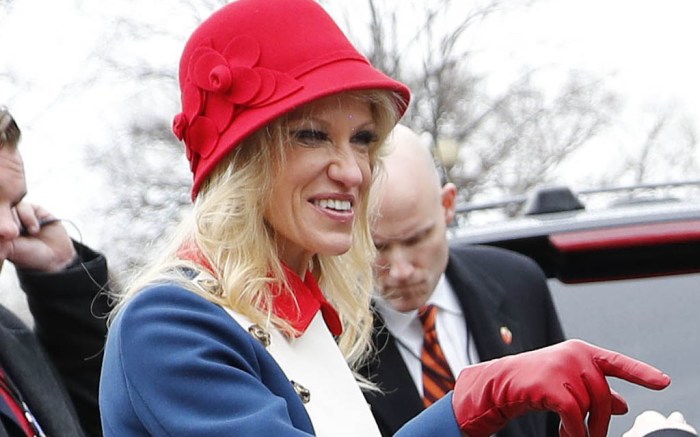 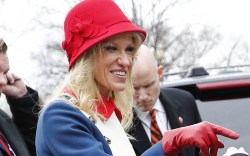 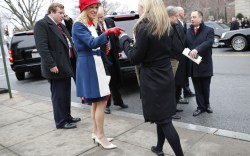 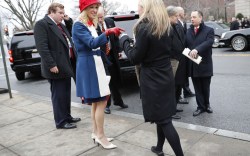 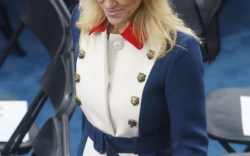 It’s hard to eclipse Donald Trump, but KellyAnne Conway, his former campaign manager who will now serve as his counselor, achieved the feat in a spectacular way.

The talking head for the new president arrived for his inauguration services today at St. John’s Episcopal Church in Washington, D.C., with a fashion statement that ignited a torrent of comment on social media.

Conway had on a red, white and blue belted Gucci coat that retails for $3,600, teamed with chic, white pointed-toe heels that featured piping detail. She completed the ensemble with a red bucket hat and a confident smile.

Describing her look as “Trump Revolutionary War” to NBC earlier today, Conway was dutifully rewarded with the kind of internet fame that fulfilled the destiny of her own words.

“Kudos to#kellyanneconway for finding another use for her #hamilton #halloween #costume,” another user captioned a photo of Conway that was likened to actor Lin-Manuel Miranda in costume from Broadway’s period musical “Hamilton.”

Other comparisons included a red, white and blue popsicle and Bozo the Clown.