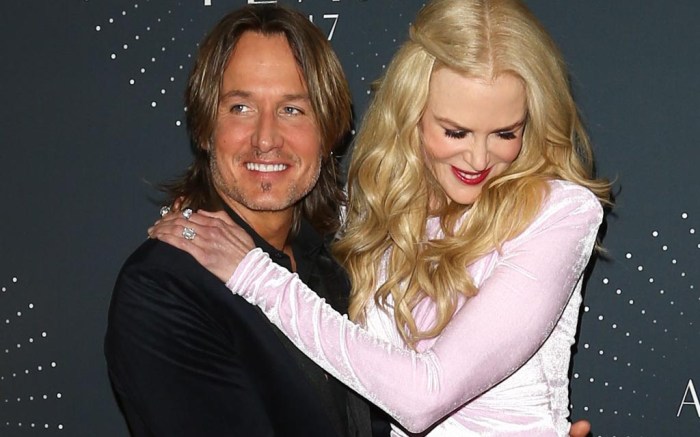 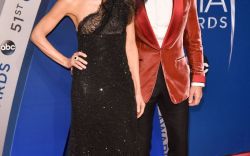 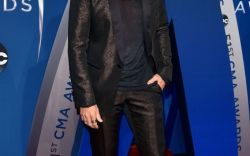 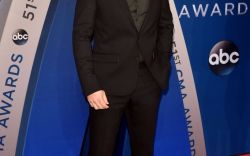 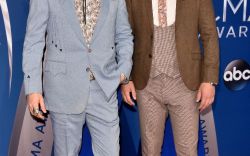 Keith Urban and Nicole Kidman are both huge stars, and often find themselves on the red carpet together. Whether they’re hitting the Oscars or say, the CMA Awards, which airs Wednesday at 8 p.m. ET on ABC, the husband and wife are seldom not by each other’s side.

But when country crooner Urban made his arrival at the ceremony tonight, he was solo — without the Oscar winner on his arm.

That said, with about a 1-inch height difference between them (Urban is believed to be 5-foot 10-inches, and Kidman 5-foot 11-inches) the couple could potentially appear a bit awkward smiling for the camera when Kidman dolls up in heels that give her a boost of even more inches. However, with their subtle, carefully coordinated poses, clothes and shoes, the talented lovebirds have managed to make their heights work for them in flattering ways.

Most recently in October, the singer and the “Big Little Lies” actress posed with their heads close together, with Kidman leaning into him with an arched back as a way to deflect from the obvious height difference. Meanwhile, Urban, standing upright,who is nominated in four categories at tonight’s CMA awards, rocked a black leather boot with roughly a 1-inch sole.

In another one of their carefully crafted poses, seen at the 69th Emmy Awards, Kidman and Urban each placed one shoe forward while the blonde angled her body slightly behind her husband — creating the illusion of more even height between them. The Australian beauty wore a nearly 2.5-inch heel by Calvin Klein that she completed with an ankle-skimming red dress that concealed her long legs.

At the 2017 Academy Awards, the couple stood apart for a photo, with Kidman, again, covering up her long stems to divert attention from their height difference, while Urban sported patent dress shoes that had a nearly .5-inch heel. Urban stood with his body angled to the side while his better half held his hand but shifted her body in a different direction, which can make them appear to be closer in height with the right camera angles.