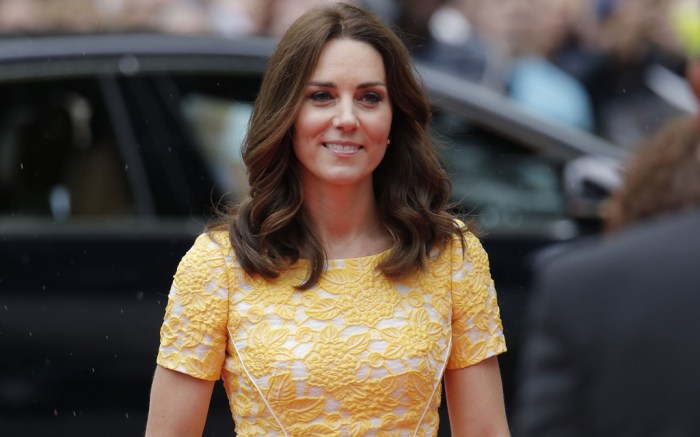 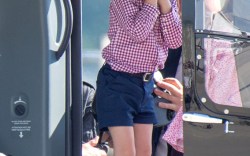 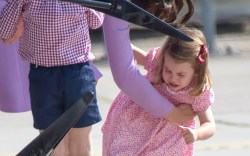 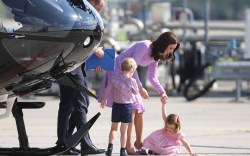 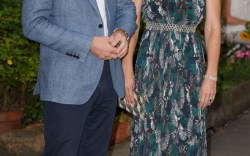 Kate Middleton is continuing her run of bright colors during the royal family’s trip to Poland and Germany.

She left her hair in simple waves and topped off the look with her go-to taupe espadrilles by Monsoon. Last year, Middleton’s Monsoon wedges were on display often. She brought them on the royals’ trip to India and Bhutan in April 2016 and at the America’s Cup World Series in July. In September, she wore them for a visit to a youth center.

Espadrilles seem to be a Middleton family favorite. Her sister, Pippa, wore espadrilles throughout her several-weeks-long honeymoon with James Matthews.

After spending time in Berlin on Wednesday, Middleton and Prince William headed to Heidelberg, where they visited the German Cancer Research Institute, got a tour of a traditional German market, got a lesson on making pretzels and candy, and then changed into a more casual outfit for a river boat race. Middleton opted for a blue and white striped shirt, and it appeared she was wearing her go-to Superga white sneakers.

Click through the gallery to see more photos from the royals’ Germany trip.

Kate Middleton Looks So On-Trend in This Outfit