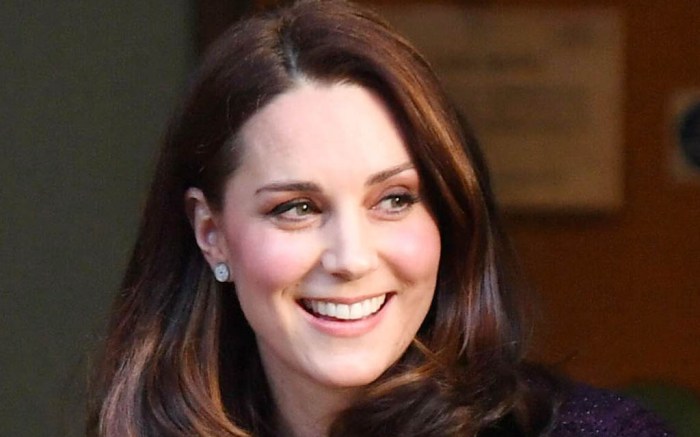 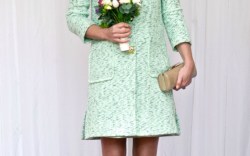 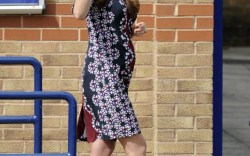 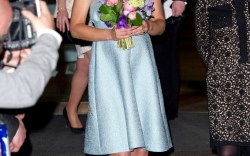 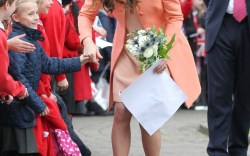 Kate Middleton brought some of her Christmas cheer on Tuesday to children who were affected by the tragic Grenfell Tower apartment fire in the spring.

With a radiant glow on her skin, the Duchess of Cambridge stepped out in black suede Tod’s pumps and a plum tweed Seraphine coat when she arrived at the Rugby Portobello Trust in London to hand out presents and meet with low-income  families near the site of the June 14 tragedy. She also paired the flattering tweed coat with the black Mulberry Bayswater clutch.

While at the event, Middleton watched the children’s musical performance, gave out Christmas presents and crackers and met at the “Magic Mums” group meeting for young mothers and their children. During the visit,  7-year-old Yahya Hussein Ali briefly stole the attention away from Middleton when he flashed a peace sign for the cameras focused on the two of them.

The royal family is also planning to attend a memorial service this Thursday for those were killed in the fire.

Both the heels and the clutch are frequent style staples for Middleton while appearing on her royal duties. Just last week, Middleton wore a pair of Tod’s to a children’s global media summit in Manchester.

Middleton, who is expecting her third child with Prince William in the spring, has frequently worn Seraphine pieces throughout each of her pregnancies. This time around, Middleton has been opting for stylish-yet-comfortable shoes by brands like Tod’s and Penelope Chilvers on her official appearances while pregnant.