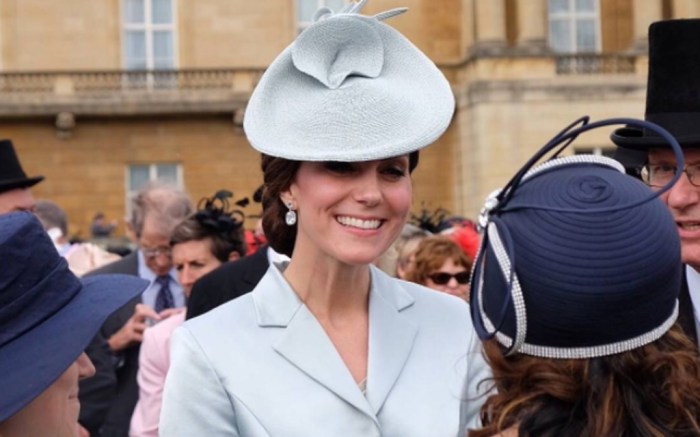 Earlier this year, Kate Middleton was seeing red when it came to her wardrobe choices.

Today The Queen, alongside The Duke of Edinburgh, hosted a Garden Party at #BuckinghamPalace – accompanied by The Duke and Duchess of Cambridge. Their Royal Highnesses met some of today's 8,000 guests who were invited into the Palace. Guests were treated to tea, cakes and sandwiches in recognition for the positive impact they have had in their communities. @theroyalfamily #gardenparty

Buckingham Palace says that “a long established network of sponsors is used to invite guests, who include lord-lieutenants, societies and associations, government departments, local government, the services, the church and other faiths,” in order to create a guest list that represents many areas of the community and society.

Daily Mail reporter Rebecca English wrote on Twitter that Middleton mentioned she is looking forward to her sister Pippa’s wedding this Saturday and is hoping her young children, Prince George and Princess Charlotte, will behave themselves.

Kate said today she was really looking forward to her sister's wedding – but she was a bit worried about how her children will behave!

Click through the gallery to see more of Kate Middleton’s style.

One of Kate Middleton’s Favorite British Brands Just Opened Its First Store in the U.S.