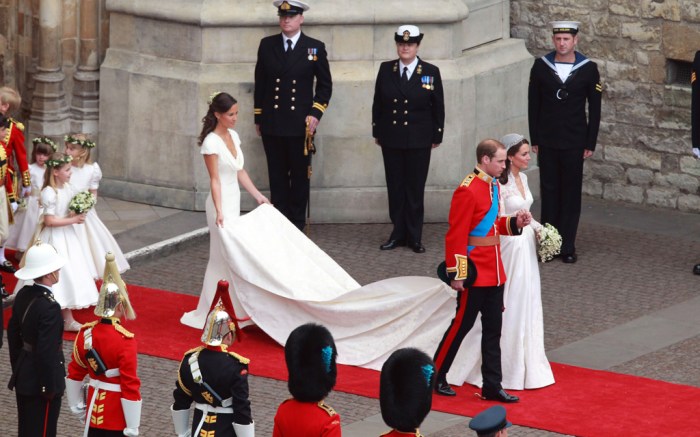 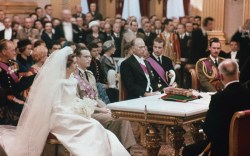 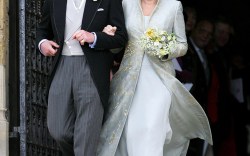 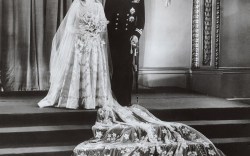 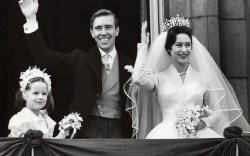 In 2011, Kate Middleton’s custom Alexander McQueen gown set the world afire, inspiring many knockoffs and becoming instant inspiration for many a bride-to-be. The princess-y look came complete with matching ivory shoes, embroidered with lace that matched the bodice of the timeless dress.

Other royal wedding dresses have been equally statement-making. For her 2011 wedding to Monaco’s Prince Albert — Grace Kelly’s son — Princess Charlene sported a sophisticated Armani dress, which took over 2,500 hours of seamstress work to create and featured 40,000 Swarovski crystals.

And for her 2010 wedding with Prince Daniel, Crown Princess Victoria of Sweden wore a gown by Par Engsheden, a Swedish designer. She paired it with an heirloom lace veil that’s been passed down through the family since Queen Sofia and has been used in every royal wedding since 1932.

At Princess Diana’s 1981 wedding, the bride sported a David and Elizabeth Emanuel gown that sent the world into a similar frenzy to Middleton’s. Diana’s taffeta gown featured 10,000 pearls and 25 feet of train — making the look a difficult one to replicate despite the many attempts.

Princess Diana was not the first royal to sport an elaborate wedding dress. As an American movie star marrying into royalty, Grace Kelly had all eyes on her for her 1956 wedding to Monaco’s Prince Rainier III. Kelly’s wedding dress — created by Oscar-winning costume designer Helen Rose — was gifted to her by Metro-Goldwyn-Mayer. Underneath the actress’ dress were 2.5-inch pearl-embossed pumps designed by David Evins. And inside Kelly’s shoes was a copper penny, which Evins added for good luck.

But some royals have sported less elaborate gowns for their big days. When Queen Elizabeth II married in 1947, the monarch paid for a gown with 200 ration stamps. Her dress was made of Chinese silk and featured delicate floral designs, which she paired with embellished satin heels created by Edward Rayne.

As Meghan Markle and Prince Harry’s nuptials approach, fans are wondering what the duchess-to-be will wear for the big day. Given Markle’s style influencer status, there’s no doubt that the “Suits” star’s look will be replicated by other brides — just as her future sister-in-law Middleton’s dress has.