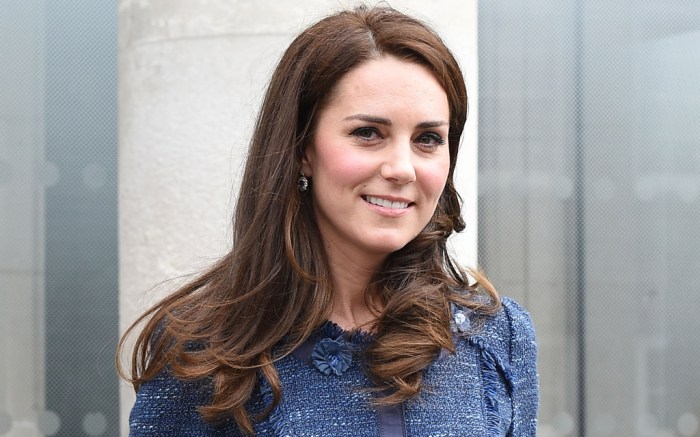 Move over, Kim Kardashian West. Kate Middleton can pull off a monochromatic look pretty well, too.

For the somber occasion, Middleton went with a simple blue tweed jacket and skirt, completed with a pair of Manolo Blahnik Calogera pumps that she’s had in her closet for several years. The navy blue leather pumps feature a low heel and a keyhole cutout on the top of the foot.

Middleton met with hospital executives, emergency staff and trauma ward staff, and she also spoke with hospital members about the psychological treatment patients are receiving there. Middleton, along with Prince Harry and Prince William, are patrons of the Heads Together campaign, which encourages people to talk openly about their mental health struggles. The charity was the London Marathon’s Charity of the Year.

Click through the gallery to see more of Middleton’s best shoe looks.