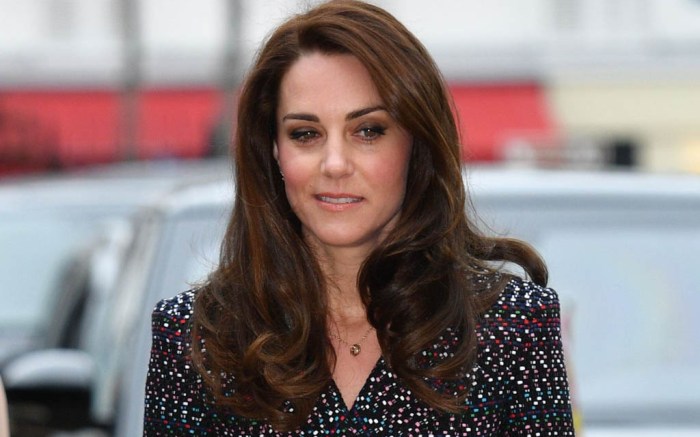 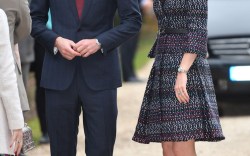 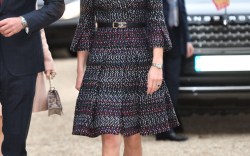 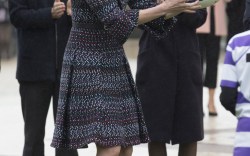 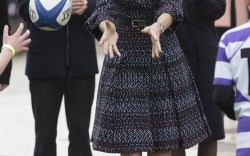 Kate Middleton is committed to her daylong look, of which royal observers can usually expect her hair perfectly styled in a blowout; a flattering flared skirt silhouette; and sensible pumps.

To no one’s surprise, the Duchess of Cambridge maintained her reputation on Saturday in Paris on day two of her royal visit with Prince William.

The mother-of-two paid an apt tribute to France by wearing two of its legacy brands, Chanel — for her dress, handbag and belt — and Cartier jewelry; and she teamed the French luxury labels with a pair of her favorite Tod’s fringed leather pumps.

The shoes feature a buckle and fringe detail around the toe box, and a chunky block heel that’s supportive for daylong outings. They retail for around $330 (£267) but are currently sold out, however a pair is available on eBay for $314.98. In September, she stepped out in the pumps while on a royal tour of Canada.

Incredibly, the Duchess of Cambridge is such a sports fan that performed a rugby drill with a group of children from a youth program while in the shoes.

On previous occasions, Middleton has swapped out her footwear for sneakers when engaging in physical activities, but it was an impromptu request that she couldn’t resist.

And sacrifices must be made for the love of sport, including her “Chelsea blowout” (a nickname coined by British press for her sleek ‘do by her hairstylist Richard Ward), which she tousled straight when she showed off her movies.

Earlier in the day the Duke and Duchess of Cambridge visited victims and first responders of the Nice and Bataclan terror attacks at the Les Invalides military hospital, and then took a tour of the Musée d’Orsay.

Click through the gallery to see more images of the Duke and Duchess of Cambridge on day two of their visit to Paris.