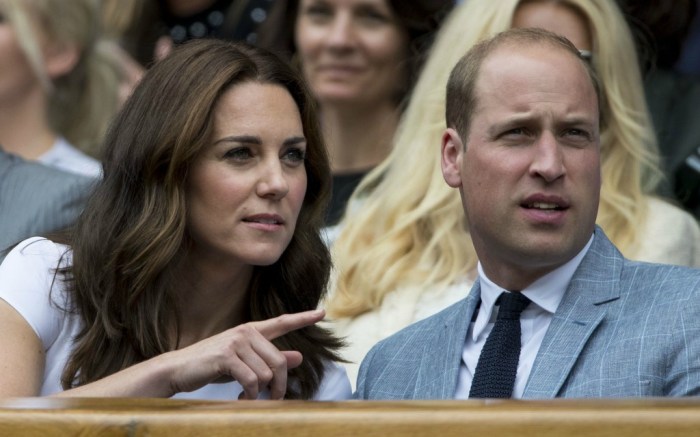 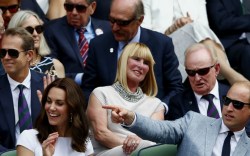 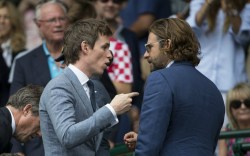 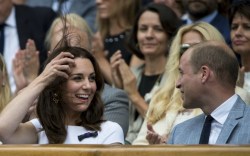 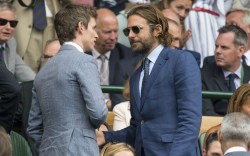 Front and center were the Duke and Duchess of Cambridge, who are avid tennis fans. For the men’s finals, Middleton, 35, donned a white floral-embellished dress that landed just above her knee, while the prince looked dapper in a classic suit for the occasion.

The royal couple looked to be having a lovely time at the championships — laughing and joking with each other, as well as the people around them.

Meanwhile, Bradley Cooper and Eddie Redmayne stopped to have a chat prior to the match. Both actors looked cool in crisp suits at Centre Court. Tennis legend Stan Smith, who took home FN’s first-ever shoe of the year award in 2014, sat right behind the royals.

For more celebs at the 2017 Wimbledon men’s finals, check out the gallery.