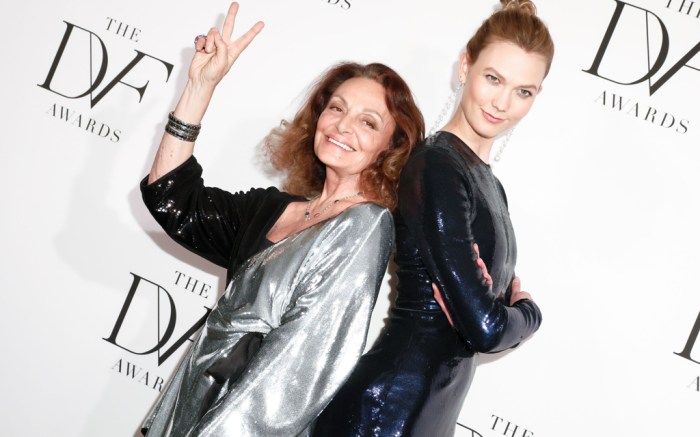 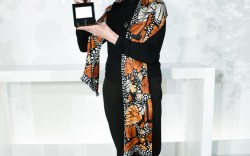 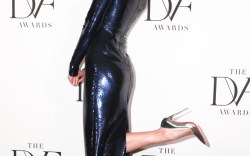 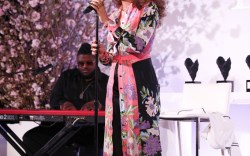 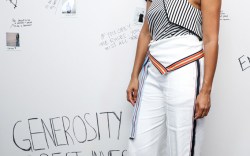 Karlie Kloss received the Inspiration Award at the 2017 DVF Awards on Thursday, and the supermodel did not want to be uncomfortable while accepting the honor.

When she took the stage at the awards, held at the United Nations, she removed her nearly 5-inch Christian Louboutin silver pumps to give her speech. At more than 6 feet tall, she doesn’t exactly need the height, anyway.

Paris Jackson did the same thing at Sunday’s Fashion Los Angeles Awards — the 19-year-old ditched her Sophia Webster sandals when she was onstage.

Kloss was honored for her charitable work, including her Kode With Klossy computer-coding camps that encourage young girls to enter careers in science. She also partnered with Momofuku Milk Bar on a line of cookies to benefit FEED and the CFDA. Sales of the cookies have provided more than a million meals to those in need.

Click through the gallery to see more from the awards.